3 Of Colorado's GOP Candidates For Governor Face Off In Debate

The last Republican governor of Colorado, Bill Owens, ended his term in 2007. That's why the GOP is pushing hard to replace term-limited Gov. John Hickenlooper.

3 of the party's four gubernatorial candidates debated one another on topics ranging from health care to marijuana in an hour-long debate hosted by Colorado Public Television and CBS 4 News.

But the presumed frontrunner, state treasurer Walker Stapleton, was absent due to scheduling conflicts.

Former mayor of Parker Greg Lopez and businessmen Victor Mitchell and Doug Robinson - consider themselves GOP outsiders with numerous differences between them.

Here are some highlights from the debate. 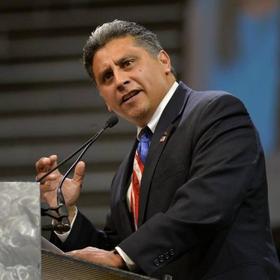 On why he wants to be governor: Lopez said his focus would be on life beyond the state's large urban centers.

Lopez also said his "humble beginnings" make him uniquely qualified for the job.

"My mom and dad were migrant workers and they worked in the fields long hours," he said. "They taught us boys two very important values, compassion and integrity."

"I carry the constitution of the state in my pocket every day because to me these are the founding documents that give us our rights, protect us," he said. "I'm a firm believer that no one gets extra rights."

Because of that, he doesn't support them.

"There is no boundaries by which those citizens can go onto other communities so we need to be aware we're talking about the totality of the state, so I do not support sanctuary cities," he said. "I think they're un-American. I think they send the wrong message to what America stands for."

On where he differs from any of President Trump's policies: While Lopez said he generally agrees with Trump, he does note differences in how he would have approached renegotiating NAFTA. (North American Free Trade Agreement)

"I could say he could have taken a different approach and that would be NAFTA with Canada and Mexico because they're so close to our borders," he said. 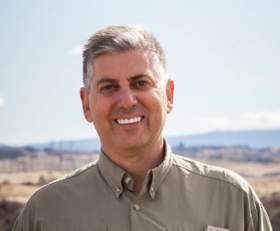 On why he wants to be governor: Mitchell said his inauspicious beginnings in life informed his business sense - and would also inform his governorship.

"It's hard to believe but 41 years ago, I was sleeping on a floor and taking care of a single mother," he said. "My mom is legally blind and deaf, so I know what it is to overcome great adversity in my life. We were almost homeless several times."

His said his GOP outsider credentials resonate with voters.

"When I started this journey 16 months ago we had some of the lowest name ID in the state," he said, "and now we're basically neck and neck with Walker Stapleton. Why? Because I'm the only true outsider businessman."

"You know as governor we can't force cities like Denver and Aurora and Boulder from not being sanctuary cities," he said. "But what we can do, directly through the long bill is cut off funding and I plan to do just that."

He would also push for legislation to punish elected officials for assisting people who are undocumented.

"To put an end to this, I would also work to pass civil liability legislation for any mayor, or town council member or commissioner that refuses to cooperate with federal ICE agents when they have a criminal alien and they subsequently release that individual back into society and put us all at risk," he said.

On where he differs from any of President Trump's policies: Mitchell said that most of Trump's problems stem from the tumultuous state of White House staff.

"You know the biggest policy problems he's had is putting a team together," he said, "and he's had a lot of turnover, as we all know, various different positions." 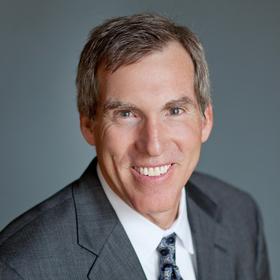 On why he wants to be governor: Robinson said he would focus on specific issues - and that he's the candidate with the right skills to defeat Democrats in the fall.

"I have the competence and character to lead us to victory in November, but also to fix our roads, to invest in our schools to make government more accountable," he said, "to build our future as the best state in the country to live, work and raise a family."

On what he would do about sanctuary: Robinson said one of his first priorities as governor would be to meet with officials from sanctuary cities.

"Second day as governor I would have the mayors of Denver, Boulder and Aurora in my office," he said, "and I'd say, 'OK, how long do you need to put policies in office that comply with federal law. Do you need three months? A month?'"

He said he would use state funding as leverage in those talks.

"Compelling them through the funding that comes from the state to the cities to do this," he said. "This is absolutely a matter of safety and compliance with federal law."

On where he differs from any of President Trump's policies: Robinson said he his primary disagreement with Trump is over trade.

Ballots for the 2018 Primary Election are arriving in voter's mailboxes this week. There is a change in the process this year, though, as unaffiliated voters are now able to cast votes in the primary. El Paso County Clerk and Recorder Chuck Broerman shares details what voters should expect.

The four Democratic candidates vying to replace Gov. John Hickenlooper recently discussed everything from transportation and education to fixing the state's budget in a debate this week.