It has been nearly two months since an independent investigator with the Employer’s Council concluded and found the accuser to be credible in allegations of sexual harassment against Sen. Jack Tate.

Weeks later, there have been no consequences as a result and the accuser said she wants to know why.

So she says she now wants to make the investigator’s report public (PDF), which is allowed under the General Assembly’s workplace harassment policy, in hopes it will spur action.

Senate President Kevin Grantham is charged with determining consequences for Tate, R-Centennial. When asked about it in early March, Grantham, also a Republican, said he didn’t feel obligated to rush to a conclusion when dealing with something this serious.

“If we’re going to take action on these we have to make sure we’re crossing the t’s and dotting the i’s,” Grantham said. “If I cross t’s and dot i’s to a fault, I’ll take that. But I want to make sure that we do things right.”

Grantham also said he is consulting with an attorney on the investigation, which is dated Jan. 31, 2018. On March 1, the State’s Committee on Legislative Legal Services approved his request to hire Leah VanLandschoot to help him navigate the various workplace harassment complaints in the Senate. VanLandschoot is an employment attorney.

Grantham said he wanted to make sure he received her input before taking action on Tate’s complaint.

“We hope to have it done and resolved with very quickly,” Grantham said Monday.

After the Employer Council’s report was finished, it was given to the chief clerk of the House  Marilyn Eddins, who was the point of contact for the accuser, who had been an intern in the House. The accuser also requested a hard copy of the investigation, which she received in mid-February. She then gave us a copy, so we could report on its conclusion.

At that time, we reached out to Tate for a comment and he sent several text messages saying that our information was outdated, and that the report we had wasn’t the final report.

“It's my understanding as of this morning that the final investigation report has not been issued yet and no determination made,” stated Tate in a text message on Feb. 20. “It would be very premature for me to comment at this time until the process is complete.”

Grantham, when asked later, said he felt the report on Tate had flaws and he was in talks with the Employer’s Council to work with them, he said, “to address some of the obvious inconsistencies that we see in there.”

We  asked Eddins to confirm whether the report she received was the final report. Eddins contacted the Employer’s Council and said the company informed her she had the final report and there would be no other reports forthcoming.

Eddins said she passed along the information to Grantham.

The former intern, who wishes to remain anonymous for fear of retribution, wants Tate to publicly apologize for his actions and take sensitivity training. She also doesn’t think he should chair the Senate Committee on Business, Labor and Technology.

“Actions have consequences,” the former intern said. “Grantham is the one who said the reports would be treated fairly and that he trusted the investigative process. Not handling it for two months, if Grantham did that in a criminal court that would never fly.”

When contacted for this story Grantham said Tate’s complaint could be resolved as early as today.

We first reported on the allegations against Tate in November. The investigator found it was more likely than not that Tate acted flirtatious with the 18-year-old former intern last session, looking her up and down, nudging her and putting his hand on her shoulder multiple times, and making a comment about how she looked in a skirt.

Unlike some of the other sexual harassment complaints at the capitol the accuser does not allege any crude language or touching in an inappropriate area, but she said that Tate’s behavior made her feel uncomfortable. 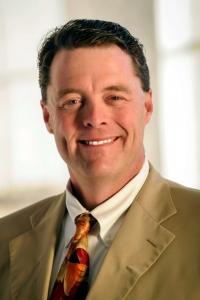 “The hand on the shoulder thing all the time,” the intern told the investigator in the report. “The staring and leering and full gazes, and the creepy way he would look me up and down, like if your boyfriend thought you looked good before going out. More of an up and down, almost catcall type of way.”

For his part, Tate said he would not be able to recognize his accuser. He told the investigator he doesn’t know who she is. He denies doing anything inappropriate and said he did not remember making the comment that he liked the way her skirt looked on her.

“I am saying that it is plausible I could have made a comment about someone’s outfit if it appears remarkable,” Tate told the investigator. “Some people do not necessarily dress professionally, and so I will give a comment if I believe they have dressed nicely. It is a matter of being friendly.”

The investigator said she found the accuser credible generally because of the specific details she gave that made the allegations seem plausible, and because she didn’t appear to have a reason to make up the allegations. The report said the accuser gave Tate the benefit of the doubt, “that his actions were based on not understanding personal space. This leniency... bolsters her credibility.”

The investigator questioned Tate’s credibility because she said he attempted to sway the investigation with outside information, because his answers appeared rehearsed with his attorney by his side and because of Tate’s general demeanor.

“[D]uring his interview, Mr. Tate seemed to lack an awareness of how social perceptions of certain eye movements, or comments could possibly make someone feel uncomfortable,” the investigator wrote. “This hindered his credibility because it seems unlikely that a politician, whose job is, in part, to relate to the public, would lack such an awareness.”

When contacted for this story, Tate told us in a text message that during his three years at the Capitol no one told him that he caused them discomfort or distress. He said he could not recall any situations  like the accusations he faces in the investigation.

"I very much want to focus on our work for the people of Colorado, and in order to do so will follow any forthcoming direction of leadership," Tate said in a text message.

In the other two other sexual harassment investigations in the Senate that were found more likely than not to have occurred, the accusers don’t want to make the full reports public. Rep. Susan Lontine D-Denver worries her complaint against Sen. Larry Crowder, R-Alamosa, would be picked apart line by line and become political. The former legislative aide who filed a complaint against Sen. Randy Baumgardner, R-Hot Sulphur Springs, said even with her name redacted she thinks releasing the report could compromise her anonymity.

Another investigation into sexual harassment complaints involving five other women was made public just days before Steve Lebsock, a former Democrat, was expelled by his peers in the House in an historic vote on March 2.

Sen. Beth Martinez Humenik said she has filed a formal workplace sexual harassment complaint against a fellow senator, Daniel Kagan, alleging that he was inside a restroom designated for female legislators and staff multiple times.

Emails Warn Workers At Colorado Capitol Not To Speak To Press

More than 100 Senate staff, aides and interns have been warned against speaking to journalists about workplace issues, including sexual harassment, and the trainings aimed at preventing it.

At issue are two emails obtained from Senate sources that say it is a violation of the chamber's policies for workers to grant interviews to reporters. A third email, sent directly to us by the top Senate administrator, asked us to tell members of other news organizations not to approach aides and interns for interviews, but rather to speak with communications secretaries. We didn't act on that request because it's not our role to direct the reporting of other news organizations.