Colorado Is Putting In Bid For Amazon HQ2, But Some Aren’t Sold On The Idea

Merchandising giant Amazon wants to open a second headquarters – called Amazon HQ2 -- outside of Seattle. Colorado is pulling together what it hopes is a winning bid, but it’s a competitive venture.

“This has gotten the attention of the nation for that matter -- and North America, so we’re competing internationally,” said J. J. Ament, the CEO of the Metro Denver Economic Development Corporation.

Listen
Listening...
/
Colorado is one of many states vying for Amazon's new headquarters. There are pros and cons.

He’s one of the people helping to spearhead the project, which could lead to 50,000 jobs and $5 billion in infrastructure development. He says that Amazon HQ2 is a unique opportunity for states and cities.

“What makes this one a little bit different is the awareness of Amazon and the brand that goes along with Amazon; and then the sheer size of the prospect and the opportunity,” Ament said. 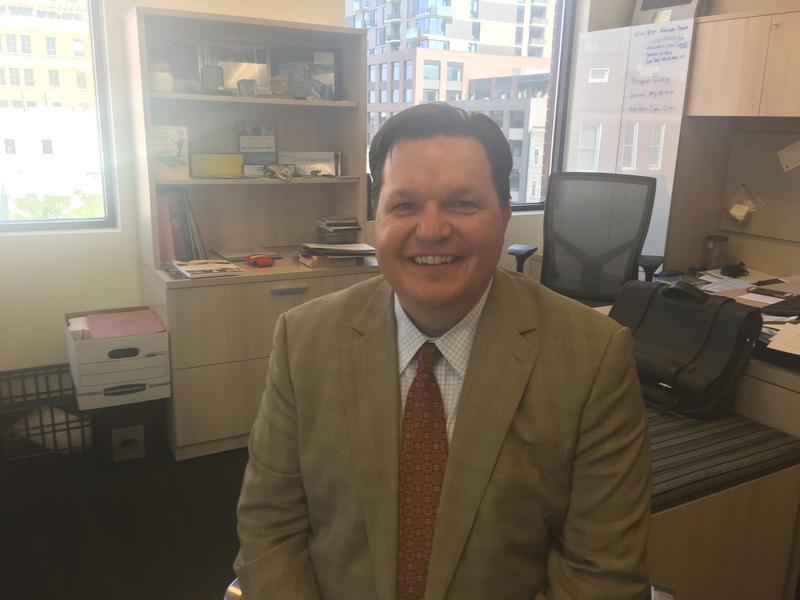 Amazon has outlined what it’s looking for in a location: A site that is close to an area with a population of one million or more; access to mass transit; and it must be within 45 minutes of an international airport.

Colorado officials think the state has all the right ingredients to be a perfect match – and others agree. The state has been at the top of several lists since Amazon made its announcement. A New York Times’ analysis said Denver should be the winning city.

Colorado has at least $10 million set aside as a potential cash incentive, but Ament notes that Colorado’s biggest incentive is a tax credit for hiring high-paid workers.

“They’re all performance based and that’s really important and sets us apart from many other parts of the country,” he said. “They’re related directly to job growth and whether those are good paying jobs. So it’s really a reward that’s credited to a company after they come and actually perform.”

That’s a far cry from states like Wisconsin, which recently passed $3 billion in special incentives to try to lure Taiwanese electronics company FoxConn. Even with legislative and gubernatorial support for bringing Amazon jobs to Colorado, Republican state Rep. Paul Lundeen says many in his party would oppose more incentives.

“It’s about relieving regulatory burden, that’s most attractive thing you can offer to any businesses person. And then benefit of that is, it benefits the people who are already here.”

Without a big cash incentive, Colorado will rely on other attributes. At 2.4 percent, the state has the second lowest unemployment rate in the country. It also boasts the second most educated workforce and a concentration of advanced industries like tech. Colorado has a booming outdoor recreation industry and offers many options for outdoor entertainment, something Amazon has said matters in the new location.

“We’re a very conservative state and we never win deals on incentives,” said Michelle Hadwiger, the director of global business development for the State Office of Economic Development and International Trade.

Her team is leading the overall effort. She said fewer incentives can be a good thing.

“We wouldn’t want them to make a short-term decision based on incentives but be a long-term partner to be involved in the community, invest back into the state,” she said.

To stand out, Hadwiger said Colorado needs to highlight the new international flights out of Denver International Airport and room for future airport expansion.

But some think Colorado is already too crowded with young people flocking here for jobs. 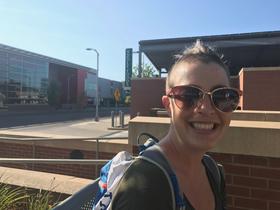 Walking through downtown Denver – the whole city feels can feel like a giant construction site with additions and sky rises going up even higher. 28-year-old Andrea Shinn grew up in Boulder and now lives in Lakewood.

“There’s not really the infrastructure to support 50 thousand more jobs,” said Shinn. “It seems like more people are coming every day which is wonderful for the economy I suppose but I think we’ve been a little sideswiped and people are coming a little faster than we can anticipate.”

Shinn is a chef at a Denver-area restaurant. She said she understands the drive to attract Amazon, but also worries about the company’s growth – including its recent purchase of Whole Foods and what it means for other industries and workers.

“The idea of headquarters – yes, there will be jobs, but there’s also a high level of automation going into those things. (It) kind of concerns me in terms of where that industry trend will take us,” said Shinn. “So it’s like we’re creating jobs but we’re also kind of taking away jobs.”

Thirty-three-year-old accountant Scott Dennis has mixed feelings. On the one hand, he said he worries about mom and pop shops.

“Colorado has done a really good job of creating and maintaining small businesses, and I think this is one step kind of diminishing that, and I don’t think it’s in the right direction for the people,” said Dennis.

He also sees positives. He  moved to Colorado from Indiana. 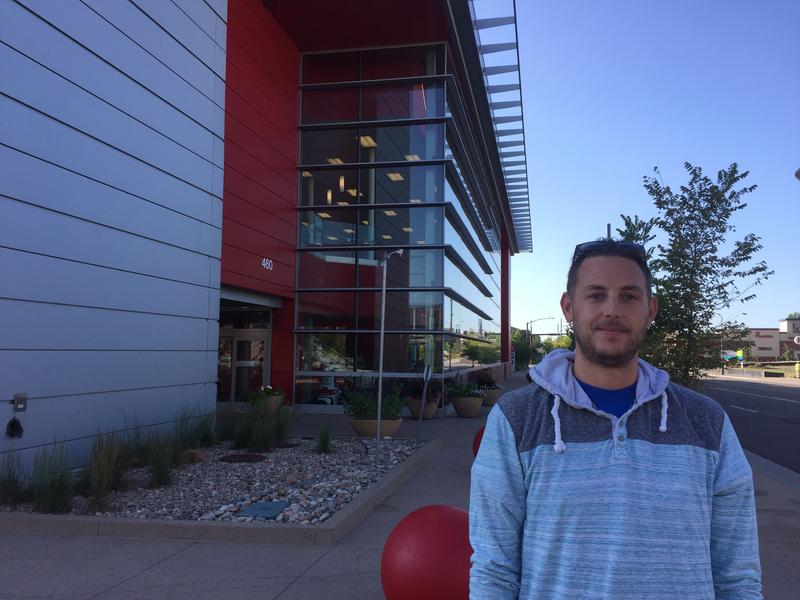 “The people that will be living and working here for them will be making a lot of money so they will reinvest that money back into the community,” he said. “I think it’s a good company so that definitely helps.”

There are a few other factors that could work against Colorado. The state has one of the lowest per-pupil spending rates in the country and one of the widest disparity gaps in graduation and college degrees between ethnicities.

Housing in the Denver region is getting increasingly expensive.

Colorado also faces a multi-billion-dollar funding shortfall to maintain roads and bridges while keeping up with ongoing transportation needs.

But Colorado’s selling points may be enough for Amazon to pick it as the location of HQ2. Proposals are due to Amazon by Oct. 19 with the winning site announced in 2018.

A fryer full of oil and empanadas bubbles inside Angie's Latin Food truck. It's parked in an empty lot on Chelton St. under a Walmart sign.

In the cramped space, Wilmer Adelid Machado and Olga Canales sidestep one another, taking orders at the window, talking to customers on the phone, and preparing traditional Honduran food with fresh ingredients.