In A Land Of Very Little Water, One Farming Family Turns To Wind

Over the last decade or so, states in the Mountain West region have used less and less coal to make electricity. Wind is one of the energy sources replacing it.

Colorado’s biggest wind farm is set to be completed by this fall — and it might even help keep a piece of state history intact.

When Andrew and Lucy Kochis arrived in Colorado, they probably didn’t realize how hard their lives were about to get. It was 1908, and their lives had already been hard. They’d moved from what’s now Slovakia to the U.S. and changed everything, even their names. They’d worked coal mines in Pennsylvania and Indiana. They’d suffered the death of a 3-month-old baby.

But then, they’d heard the news: Under something called the Homestead Act, they could have their own land out in Colorado, as long as they could make it productive in five years. So they packed up their bags and their four surviving children and headed to eastern Colorado. 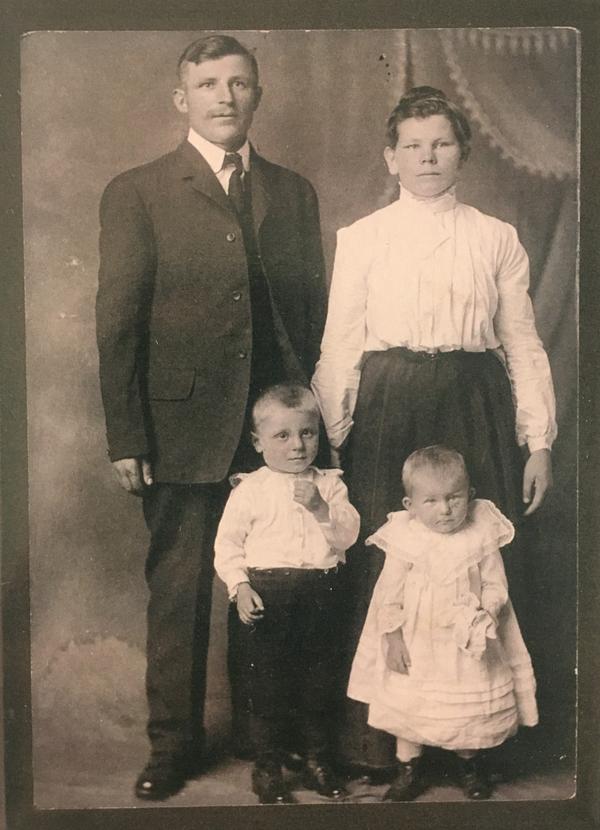 If it looked then like it does now, this is probably what they saw: high, dry plains where just about the only moving things are tumbleweeds and the occasional antelope.

The Kochises set to work on the 160-acre plot they’d received from the U.S. government. They started by building a one-room house made of clay bricks with a grassy roof.

What they didn’t know was that researchers were about to publish a bulletin about the dangers of farming in the eastern plains.

“Our duty would not be performed to the proposed settlers nor to the State without a word of caution,” it says. “Families have suffered hardships which no man has a right to ask of his wife and children.”

The Kochises were starting out with half the land the researchers deemed necessary for success and the elements were not going to do them any favors. On Colorado’s eastern plains, there’s barely any water.

“Thousands of failures have occurred on the Plains,” the document said, and it seemed the Kochises were doomed to that same fate.

But somehow, they make it work.

They made it through the Depression and the Dust Bowl. They built a bigger house, bought a car and raised nine more kids. Fast-forward 110 years and four generations and the Kochis family is still farming in Matheson, Colorado. 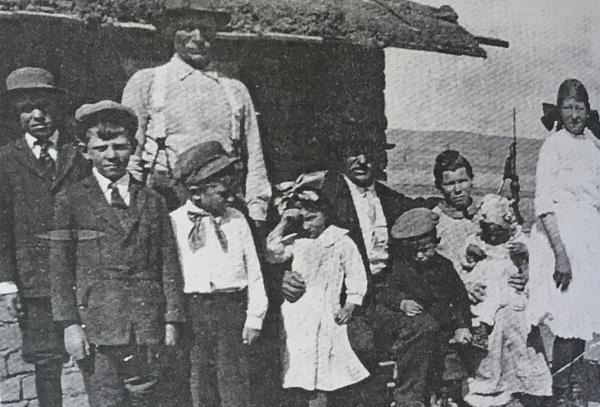 “How they ever made it through the 30s, I have no idea,” says Virgil Kochis, Andrew and Lucy’s grandson.

“I mean, they had to be tough,” says Jan Kochis, Virgil’s wife.

The farm is recognized by the state of Colorado as a Centennial Farm, one of about 1,800 in the Mountain West region. In the last century, it has mushroomed from 160 acres to 10,000 acres.

But it is still dry.

“Sure is,” says Virgil. “Last year we didn't have any wheat. We planted in the dust and it stayed in the dust.”

The Kochises are dryland farmers, which means no irrigation.

“In this area there isn’t enough water to irrigate, or the water is too deep,” says Jan. “So that means all the water that comes, comes from above.”

And the forces above are not forgiving. The weather meter near the door says they’ve gotten 1.29 inches of rain since the beginning of the year.

“That is nothing,” Virgil says.

The weather meter also says it’s “kite-flying weather outside,” which is a cheerful twist on “dry,” but also hints at something else: wind. There might not be much water out here, but there is plenty of wind.

The Kochises’s farm has made it through a century of unpredictable rainfall, fluctuating wheat prices, side jobs and changing crops to keep the farm afloat. They tried raising sunflowers, then ditched them because they took up too much water. They’ve toggled crops from wheat to milo to corn to wheat seed, in order to ensure that no matter what the weather, at least something would grow. They’ve kept jobs off the farm to supplement the unstable income, from mining coal and building highways to driving school buses and, in Jan’s case, working as a part-time nutritionist.

Now, they’re about to make a big change. They’re taking on a new and particularly promising crop: air. 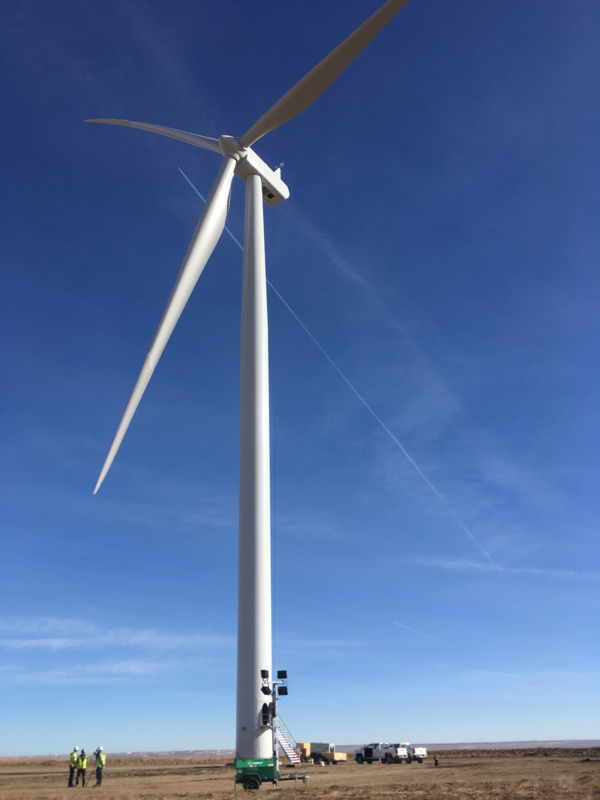 Xcel Energy, Colorado’s biggest utility company, is set to finish building the state’s largest wind farm in the next few months. From outside their home, Jan and Virgil can see about 30 freshly constructed turbines stretching across the Kochis farm. A group of cows has nestled under one of them. The turbines stand about 30 stories tall, with blades as grey and smooth as dolphins.

“They look good out there,” says Virgil, standing at the edge of a wheat field.

And not just any money -- steady money.

“With the wind turbines, of course, you have an income coming in whether you get a hailstorm or a drought,” he says. The cows and the crops will continue to grow underneath them.

For the next few decades, the Kochises will get a minimum of about $6,000 per turbine each year and more once the turbines start producing electricity. With about 30 turbines on the property, they can expect an annual check of at least $180,000, which will be about a 60 percent increase on the farm’s gross income in a good year. It might be the first time in a century that a product from the farm will bring in a reliable income from year to year.

Jan and Virgil guess that the farm will keep going for at least another generation.

“It will. It’ll continue on for a while,” says Jan. “Maybe not another hundred years, but at least 50 more.”

Suicide rates among farmers are higher than any other profession in the United States and now some experts and Senators worry Washington politics could be making farmland stresses even worse.