What we know about air pollution and health has roots in the mountain valleys of Utah. Winter smog episodes here are legendary.

“The pollution would be so bad that you could hardly see two or three blocks away,” said C. Arden Pope, an economics professor at Brigham Young University. Back in 1986, no one knew precisely how harmful it was.

“When the [Geneva Steel] mill shut down for 13 months and then reopened, we had a very interesting and, in fact, quite a unique natural experiment.”

Pope began collecting data on kids who’d gone into local hospitals with respiratory complaints. He analyzed who was getting sick before, during and after the shutdown.

In the end, it proved to be a real-world case study on how air pollution makes people sick. And it spurred research worldwide – thousands of studies that also showed that air pollution has health impacts like aggravating heart trouble, triggering asthma attacks and causing premature death. 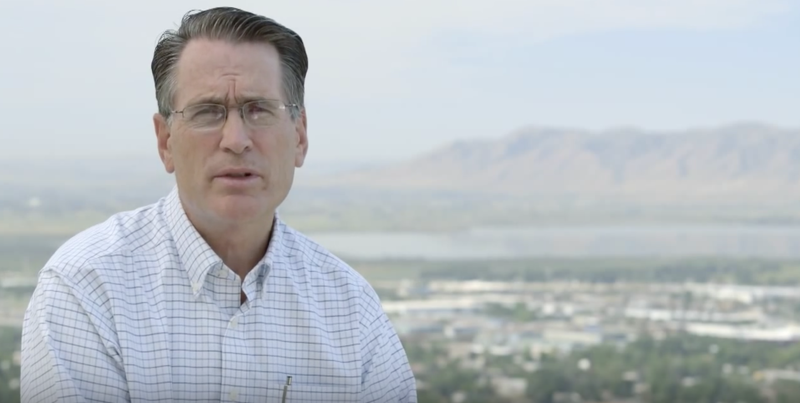 “Those studies have generated a lot of interest,” he said, “and have been very important studies.”

They led to laws that gradually cleaned up the air — and that cost industry billions of dollars.

And now they’ve triggered a political controversy: a new directive from the nation’s top environmental regulator, Environmental Protection Agency Administrator Scott Pruitt. He's announced he wants raw data to be made public with the scientific studies that EPA uses to make policies or regulations.

The new policy addresses an old complaint about what many Washington conservatives call “secret science.” They call it a push for transparency. But critics see it as an attack on science itself. And it someday could affect the air, land and water quality across the Mountain West.

“The days of trust-me science are over,” Smith said during a markup in the House Science, Space and Technology Committee, which he chairs.

“Looking at the EPA’s past record,” he said, “it is clear that the agency has not followed an open and honest process.”

Every Republican member in the Mountain West voted for the “HONEST Act." And one of the Senate version’s two co-sponsors is Wyoming Republican John Barrasso.

“Their refusal to cooperate,” Smith said of the EPA, “leads to the question: What are they hiding?”

Scientists admit they are keeping some things private — they have to.

Raw data in studies like these is often private medical information — like the hospital reports on all those kids with respiratory problems in Pope’s studies. The information is tightly controlled within the scientific community. Researchers who want to use it for their studies have to get approval. And, to get access, they must promise the details are kept private to protect personal information.It’s information that’s confidential under federal law.

“There are rules to protect our privacy and our health data,” Kerry Kelly is a chemical engineer at the University of Utah who studies air pollution.

And, as a member and chair of the Utah Air Quality Board, she helped implement clean-air rules inspired by the research Pope and other scientists have done. She said it's not only private medical information

“There are all kinds of reasons,” she said, “why you might need to have data aggregated in a way that protects privacy or companies’ trade secrets or other types of personal issues.”

Smith aides counter that the HONEST Act does allow EPA’s leader to redact private information and protect confidentiality. But critics like Brian Moench are skeptical.

“They are unabashed defenders of the fossil fuel industry,” he said in an interview.

Founder of the watchdog group, Utah Physicians for a Healthy Environment, Moench sees a war on science that’s weaponizing the foundation of air-pollution science: The Harvard Six Cities study and the American Cancer Society study. Moench said the goal really is to undermine landmark studies that have justified pollution controls. He suspects political motives where Pruitt and Smith see “secret science.”

“They’re not interested in scientific transparency or scientific integrity. What they are interested in is trying to manipulate the regulatory process in a way that protects their allies and their campaign contributors.”

On Monday, the Union of Concerned Scientists sent a letter to EPA’s administrator. It urged Pruitt to abandon the HONEST Act ideas, and it was signed by nearly 1000 scientists. But, only hours later with Congressman Smith standing nearby, Pruitt announced that he wants those ideas to become an agency-wide regulation.

If EPA does adopt the proposal, it’s still not clear what that might mean for Americans — the Libby, Montana, asbestos victims; people downstream of the Gold King Mine spill in Colorado; nuclear safety at the Idaho National Laboratory and Wyoming’s uranium mines. And it's impact is also unknown on the confidential business information that's so important to industry.

EPA will be taking public comments on questions like those over the next few months.

Transparency note: The Society of Environmental Journalists has also lodged a complaint with the EPA Press office. Reporter Judy Fahys serves on SEJ’s governing board.

Coastal communities across the country are suing oil companies for contributing to climate change. Now, a lawsuit in the landlocked interior joins the list.

At the heart of the lawsuit is this realization: Climate change is expensive. Just look at worsening wildfires and floods nationally.

The Perils Of Light Pollution As Mountain West Population Booms

It’s International Dark Sky Week, a time to look up and enjoy the night sky across the globe.  Our region is home to many dark sky parks and communities. We’re also home to lots of growth and that means growing light pollution.