Residents Divided On Experiences With Connect For Health Colorado

While the Affordable Care Act “is going to remain the law of the land” for the foreseeable future, that isn’t preventing state lawmakers from debating health care reform efforts in Colorado. One key proposal is moving through the state legislature, however it’s not likely to gain enough traction to become law in part because of the national debate over Obamacare.

A proposal in the Republican-controlled state Senate seeks to do away with the state’s health care exchange – Connect for Health Colorado – and switch over to the federal exchange.  The exchanges are how individuals purchase insurance under the Affordable Care Act.

Listen
Listening...
/
People from across the state weigh in on health care. What's working, what's not, and what would they like to see change?

Coloradans have had mixed experiences with the exchange.

“My costs did go up this year for a plan that provides fewer benefits than it did in the previous year,” said Hedda Peterson.

Peterson works for a local land trust in Crested Butte and is part of the eight percent of residents who purchase private insurance.

“I’d like more benefits for the cost to my monthly premium that I’m paying,” she said.

“I don’t know what the solution to that is,” he said. “But I just feel like the insurance system we have now really punishes people who are healthy.”

Carbondale resident Danielle Grace-Kopf, 37, has been pleased with her experience. She recently switched to the state exchange from purchasing private insurance on her own.

Karlee Montgomery, 25, lives in Cortez. She feels it should be a right to have health care.

“Everybody needs health care,” she said. “We live in this great country but yet there are so many who cannot have access to it.”

Colorado wouldn’t be the first state to move from its own exchange to the federal one. Oregon, Kentucky and Nevada have all made the move.

“Connect for Health has not proven to be successful per the intent of the original act which was to increase access, affordability and choice for individuals and small employers purchasing health insurance,” said Sen. Jim Smallwood, R-Parker, during a committee hearing in February.

He’s the sponsor of Senate Bill 3. While it survived an initial hearing, it hasn’t yet been heard in the Senate Appropriations Committee. Even with Republican support, it still may not pass out of the Senate. 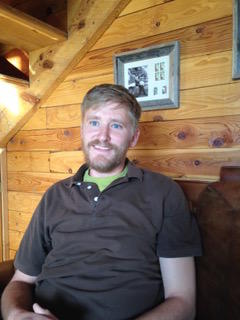 “We’ve certainly heard in years past --we love what you’re trying to do senator but this year we just can’t afford to do that,” said Senate Majority Leader Chris Holbert R-Parker.

There’s only $5 million dollars set aside in the state budget for the remaining bills this session. That means any bill that costs money – which SB 3 does – has a high hill to climb.

“That’s going to be up to members of the appropriations committee, so those folks have a tough job,” said Holbert.

Even if it clears the Senate, Democrats have signaled they would defeat it in the House. They said it’s too costly, and would do nothing to address the underlying problems with the health care system. The bill has also been wrapped up in the national debate over the Republican push to repeal Obamacare. According to capitol insiders, continued uncertainty at the federal level, will likely halt any major health care proposals in the near future.

For 33 year-old Ryan Corson of Westcliffe it’s an issue he hopes Congress can tackle and improve upon for every day Americans. He owns a property management company, and is part of a health co-op. He said health care costs take up about one-fifth of his budget, and while he said his plan is good, it’s capped at $300,000. If something catastrophic happened, his family wouldn’t be covered.

“You know, statistics are kind of scary. One-in-two men in their lifetimes develop cancer and one-in-three women,” he said. “My wife’s father, he recently went through pancreatitis and his health care bills were over $1 million.  And just knowing that something like that could happen--we could literally lose everything.”

In the midst of an ongoing national fight about the future of the Affordable Care Act, also known as Obamacare, a measure to replace Colorado's health care exchange is igniting passion in Denver. On Feb. 7, people rallied outside the state capitol to protest repealing the Affordable Care Act, while in the capitol, the Senate Finance Committee held a hearing on Senate Bill 3, known as the 'Repeal Colorado Health Benefit Exchange Bill.'

The number of seniors in El Paso County is expected to grow by 39% this decade.  As this so-called senior tsunami hits the Pikes Peak region, eventually, some will likely move into nursing homes. But more and more nursing home residents are actually under the age of 65.