It’s been two months since sexual harassment complaints were filed against several legislators at Colorado’s Capitol. They came mostly in November, during the off-session, when the hallways were quiet.

Now, the building is bustling as lawmakers, lobbyists, aides, staffers and others getting back to work. Committees are debating bills on subjects ranging from transportation to health care.

But still looming in the background are the formal complaints of sexual harassment.

Rep. Steve Lebsock, a Democrat running for state treasurer, is facing three of those complaints. Sens. Randy Baumgardner and Jack Tate, both Republicans, are each facing one.

Listen
Listening...
/
Many people who work inside the state capitol said they are anxious for the formal sexual harassment investigations to be resolved.

Some who work at the Capitol have reconsidered how they conduct business each day because of the complaints. 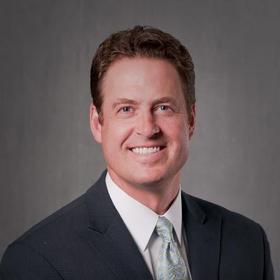 “I would say it’s anything but business as usual,” said Sen. Jim Smallwood, a Republican from Parker.

Smallwood no longer meets with people alone in his office. He feels it’s one way to be proactive and improve the comfort level of everyone he meets.

Smallwood said his policy applies to both men and women.

Sen. Chris Holbert, a Republican, said he’s become more sensitive to how he conducts meetings in his office.

“Asking, 'Are you comfortable with the door closed?’ Having my assistant right out there,” said Holbert. “And not assuming that because I’m in a position of power, the way I’ve done it before is the right way. Just asking people and being open to that feedback.”

But the workplace extends beyond the Capitol’s walls to events, dinners, and other functions. Former lobbyist Jessica Morgan said alcohol is often around and over the years she has seen sexual harassment regularly.

The atmosphere since the complaints have been filed is muted, and even tense and awkward. Some lobbyists said lawmakers now joke about whether or not to give a hug or compliment.

House and Senate leaders and the governor have condemned sexual harassment. And the state is hiring an HR person, an outside consultant to suggest improvements to the workplace harassment policy, and conducting more training.

But others are focused on actions. They want to see how the allegations of sexual harassment are handled formally – allegations that we were first to report.  All of the accused lawmakers deny any wrongdoing.

One tangible action came when Democratic leaders called for Lebsock to resign and stripped him of a committee chairmanship. Lebsock has refused, saying he has a right to due process as an investigation continues.

Meanwhile, the GOP has left Baumgardner and Tate in charge of committees. Moreover, they are key players on high-priority Republican bills this session: transportation funding and public pension reform.

“It unfortunately gives the impression that they’re not being proactive," said Erin Hottenstein with the group Colorado 50-50, which works to get more women to run for office. "You get the impression that maybe things are being swept under the rug. To be in a position of leadership that’s an honor. You should at least be temporarily removed from that.”

She said she’s frustrated with how long the complaint process is taking to be resolved. It's a confidential process and leaders in the House and Senate ultimately decide what, if any, punishments are appropriate.

“At this moment we have no idea what’s happening, and we don’t know if we ever will be informed as the public as to what the results are,"  said Hottenstein.

Holbert is also the GOP’s majority leader in the Senate and in charge of committee assignments in that chamber. He said complaints are being taken seriously.

“The investigations are still pending so we will honor due process for anyone who receives a complaint, whether they are a member or an employee, those may be handled in different ways,” said Holbert. “The process hasn’t been completed. If someone wants to draw a conclusion from that I think that’s premature.”

Others will work with the accused, including Republican Sen. Vicki Marble. She is the only lawmaker in either chamber sponsoring a bill with Lebsock.

Senate Minority Leader Lucia Guzman and Speaker of the House Crisanta Duran, both Democrats, are sponsoring an affordable housing tax credit extension with Tate. Both said it’s a critical topic they had been working on before Tate was ever accused of inappropriate behavior. They each said they didn’t select Tate as a co-sponsor.

“I do think that is a question you could direct towards Republican leadership,” said Duran. “It is my understanding that it was a recommendation from Senator Holbert for Tate to be carrying the bill.”

John Straayer is a semi-retired professor at Colorado State University and has spent years observing lawmakers during the legislative session. He said the sexual harassment allegations put everyone in a tough spot.

"This is the kind of issue where almost everybody loses," he said.

Straayer said most people realize that sexual harassment in any form is inappropriate, any place and every place. Then there’s the range of alleged misbehavior from leering, to crude comments and unwanted sexual advances to grabbing someone.

“At the same time we have a tradition in this country of fair process, the need not to jump to conclusions whether it’s in a courtroom or civil procedure," Straayer said. "Those things are sort of at loggerheads in a situation like this."

Some Democrats who have called for Lebsock’s resignation are expected to introduce a resolution to oust him from the legislature. It takes a two-thirds vote but those favoring that approach are waiting for investigations to be complete.

“Things may appear calm on the surface and that’s because as legislators we have a responsibility to the people of Colorado to conduct the people’s business, and just below the surface things are boiling,” said Rep. Jeff Bridges, a Democrat from Greenwood Village. “There is tension, there is apprehension, there is real palpable fear. We are waiting for a resolution to this that we hope will come very soon.”

Legislative leaders have selected the Investigations Law Group to offer recommendations on how to change the General Assembly’s workplace harassment policy.

Investigations Law Group was one of two finalists after the initial list was narrowed. The leaders were split 3-3 along party lines earlier in the week, but came to an agreement on Wednesday, where they voted 4-2.

Five women are accusing Rep. Steve Lebsock of Thornton of retaliating against them because they went public with allegations of sexual harassment or intimidating behavior by him. They take issue with a 28-page defense that Lebsock delivered to the mailboxes of his fellow House members just before the legislative session began.

The document has ignited anger among some and is the latest chapter in a series of counter-claims by the Democrat who in the  coming weeks faces the possibility of a vote to oust him from the legislature.