Short On Water In The Mountains? Beavers, To The Rescue

It’s early in the morning and Juli Scamardo is in chest waders, guiding me through a beaver meadow in Rocky Mountain National Park.

“These are like mazes,” she says. “It’s hard to get through a meadow and know where you’re going.”

We trudge through the type of mud and muck that grabs your boots and throws you off balance.

I grab hold of some branches to steady myself.

“You can probably tell they cause a lot of sediment deposition and we’re stepping through all that right now,” she says with a laugh.

This wetland maze is made of tiny streams, sturdy willows and a cascade of ponds, home to about two dozen bashful beavers.

Despite setting up movement-sensitive cameras and frequently taking measurements, “we haven’t really ever seen them, but we’ve seen a lot of evidence of them. Obviously they keep rebuilding their dam so they have to be here.” 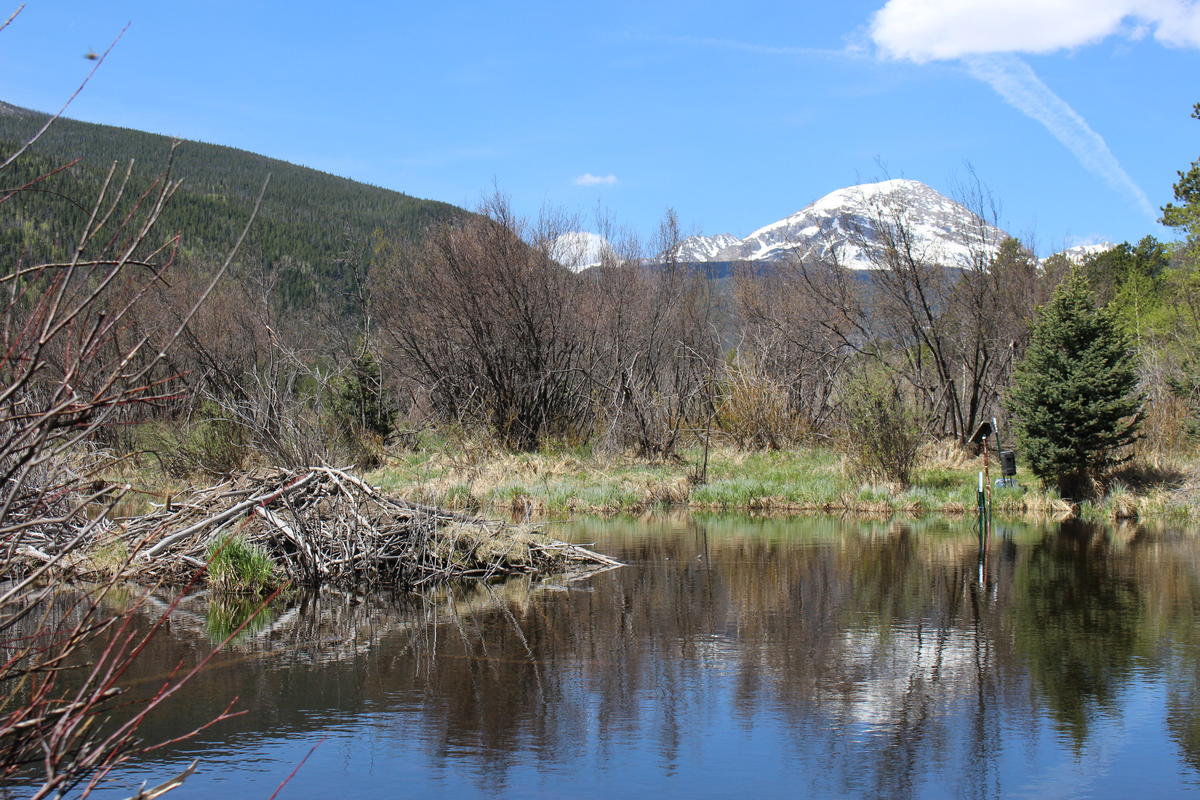 Moving through the meadow is like walking on a massive sponge. The ground is squishy, alternating between wet and dry patches. No two steps are quite the same.

We wade through a creek just downstream from a beaver dam, one of many in this stretch near the headwaters of North St. Vrain Creek. Without the beavers’ work, their engineering prowess, this diverse wetland wouldn’t be here. The valley bottom instead would slowly transform back into a grassy plain and the stream would return to its banks, cutting deeper into the landscape, Scamardo says. The whole ecosystem would suffer.

“They definitely are engineers,” she says. “They change their environment to suit them and it also happens to suit a lot of other species.”

Few species manipulate their surroundings enough to make big ecological changes. Humans are one. Beavers are another.

At one point, the rodents numbered in the hundreds of millions in North America, changing the ecological workings of countless streams and rivers. As settlers moved West, they hunted and trapped them to near extinction. Now there are new efforts — not just in Rocky Mountain National Park, but across the Western U.S. — to boost their numbers, and in turn, get us more comfortable with the way they engineer rivers and streams. 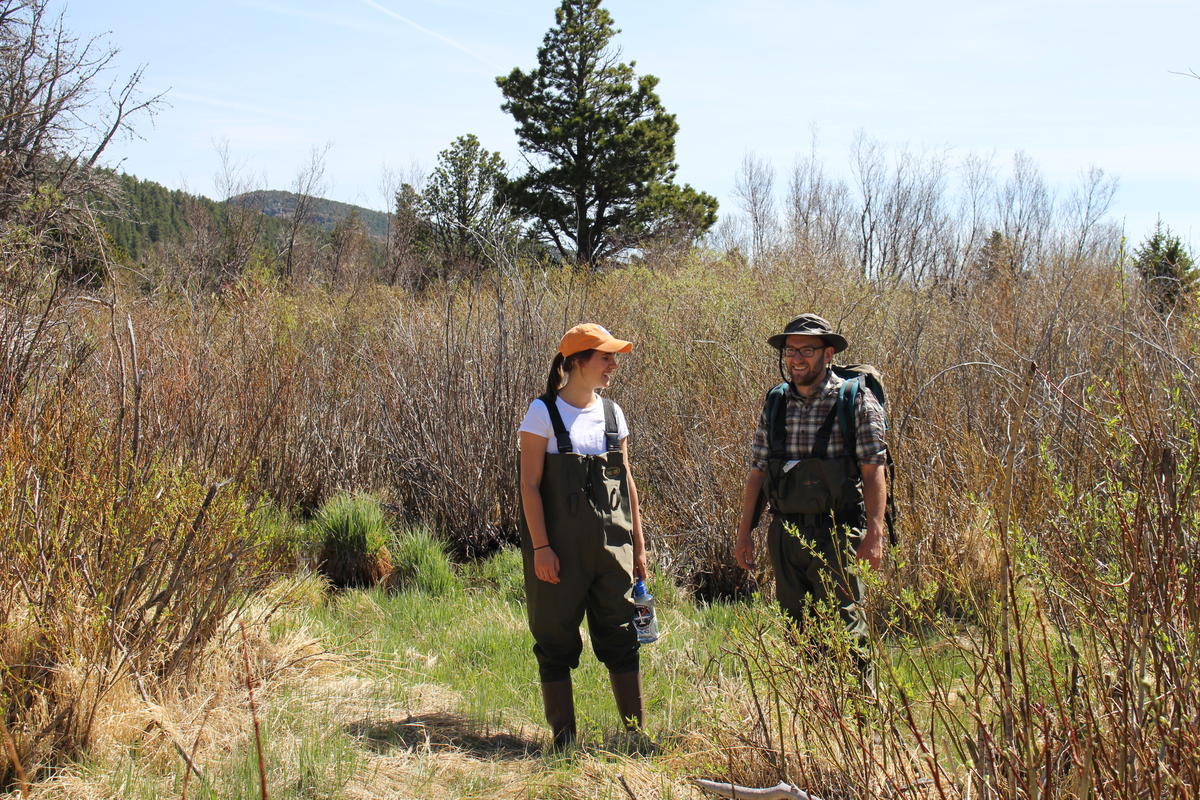 The North St. Vrain Creek beavers are a tough bunch.

Heavy snow melt runoff from the jagged peaks of the Front Range frequently undoes all their hard work. On the main creek, away from the marshy wetland, Alex Brooks, a Colorado State University watershed science PhD student, points to a beaver dam made of willows, mud and aspen branches. Last year, the creek blew out the dam. And now it’s back.

“So they were homeless for a little while,” I say, not fully understanding the mechanics of beaver habitats.

“They don’t actually live in these,” Brooks says. “They build these to flood the vegetation ... They’ll build lodges where they live. The dams they build all over the place not just where they live.”

“Oh, I feel like that’s a misconception,” I say. “Don’t people think that every dam has beavers inside of it?”

Much like us, beavers build dams for their own benefit. They make ponds to protect their lodges and flood areas to increase the vegetation they feed on and use for building materials. While their motivations are selfish, they end up helping their woodland friends, like elk, moose, birds, fish and insects.

Scientists have shown we get lots of benefits, too. Beaver dams improve water quality, trap and store carbon — and in the aggregate could be a significant way of storing groundwater in dry climates.

Beaver reintroduction projects are already underway in Nevada, Utah, Wyoming and Washington state. Sections of Rocky Mountain National Park, and vast swathes of the American West, seem primed for a beaver comeback, Scamardo says, but they’re not showing up.

“So we’re still asking the question of like, ‘What else do you want?’” she says. “Having a beaver psychologist would really be the best for one of these projects but we don’t have any of those.”

The idea of using beavers to help with some of the West’s water problems is popping up in unexpected places.

At an April water symposium in Denver, gubernatorial candidates took the stage to explain their natural resource platforms. Libertarian Scott Helker followed a string of candidates who pledged support for Colorado’s statewide water plan and the made requisite promises of finding a balance between new reservoirs and conservation. 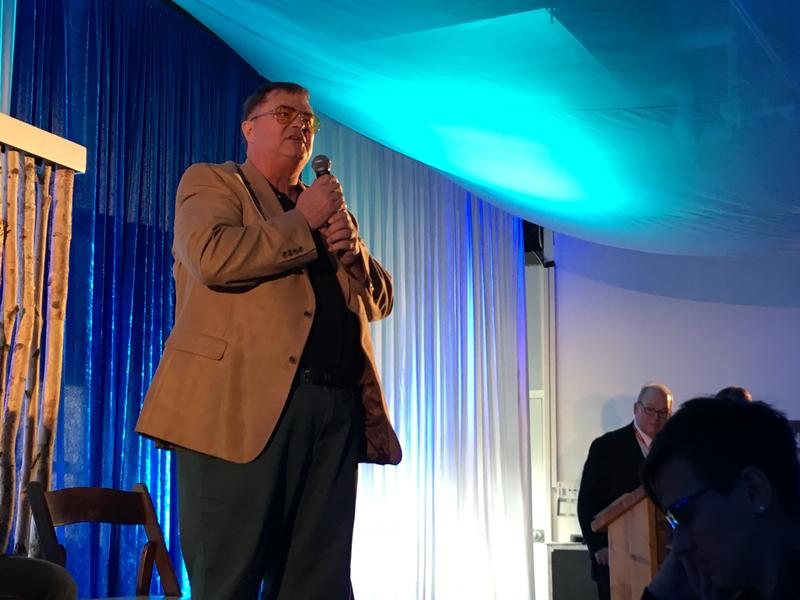 “I’m so glad to have four minutes instead of a minute,” Helker started. “Because the first thing I’m going to tell you about is: I support beavers. If you only got a minute you sound really crazy.”

At a handful of forums throughout the state, Helker’s been using his platform to tout the benefits of beavers. In fact, beaver reintroduction is one of the main planks of his campaign, alongside a pension plan and police reform.

“It’s my belief that if we reintroduce the beavers, it’s one part of many solutions, but it’s a cheap solution, it’s easy to do,” he says. “And it’ll fill up the aquifers and that’s what we want to accomplish.”

Helker’s ideas elicited giggles and scoffs from the room of water wonks at the Denver forum, a common reaction to his less conventional talking point, he says.

Bringing beaver into areas that haven’t seen them in a long time might seem novel, but it’s been done quite a few times already, with bursts of beaver relocation activity recorded in the 1930s, the 1950s, and the 1980s. Not long after World War II the Idaho Department of Fish and Game redistributed beavers throughout the state using a unique approach.

In video released in 2015 men in slacks and tucked in shirts load beavers into holding crates with parachutes attached. The crates were then placed on an airplane and dropped into backcountry locales.

Yes, at one point in American history we dropped beavers from airplanes.

Scott Helker says he wouldn’t need such a flashy method. In the libertarian mold, his beaver plan includes removal of onerous water regulations that create barriers to beaver reintroduction. Plus, he says he would instruct state wildlife officials and encourage local open space departments to prioritize beaver programs.

“So would you say you’re the candidate not just for the people of Colorado but the beavers as well?” I ask.

“Yes. I have to,” Helker says. “You’ve got to go that way. I think it’s beaver and people. People and beaver. However you want to put it.” 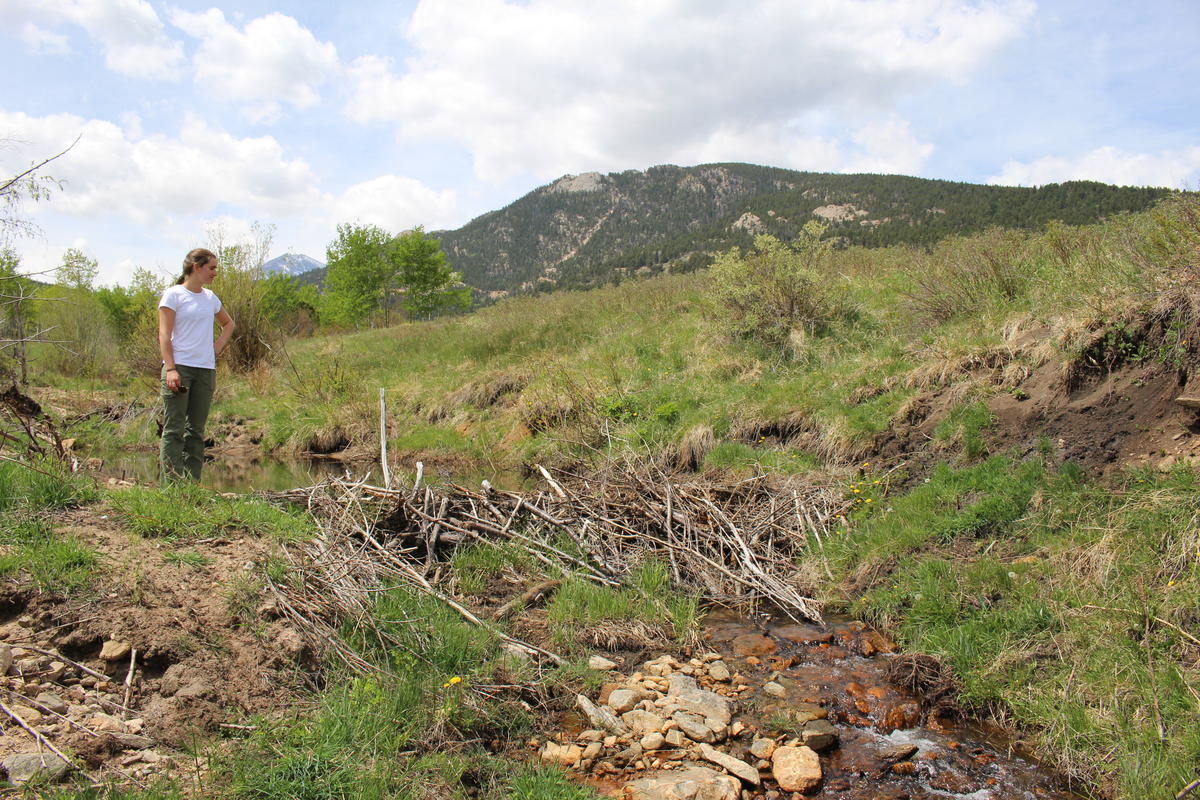 How to live in harmony 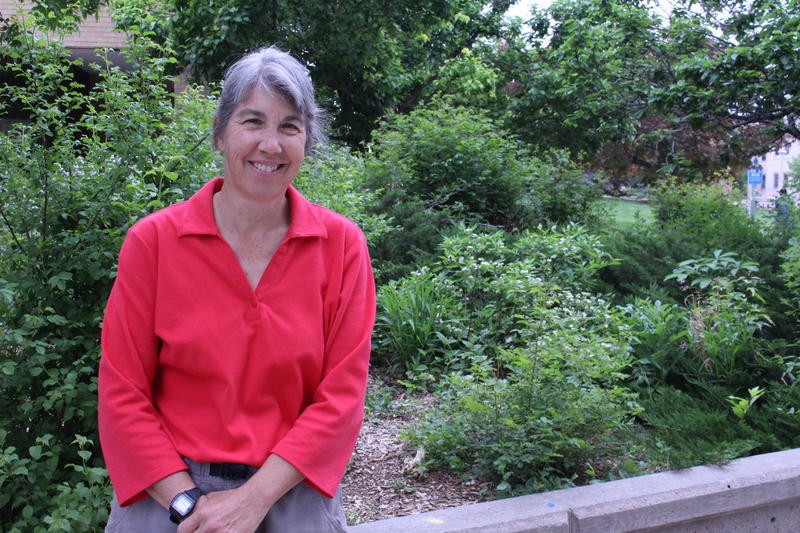 “It’s impossible to go back to historical levels,” Wohl says. “But we can certainly actively restore either habitat or reintroduce animals in parts of river networks where it’s feasible.”

Wohl is in favor of using beaver dam analogs — faux dams built by people, meant to mimic how a real dam works — to accomplish some of this work.

“There are lots of places where we can’t reintroduce beaver because there’s just too much urbanization and the river corridor is too constrained,” she says.

But to truly see the benefits beavers can bring, says Wohl,  we’ll need to rethink our concepts about the animals themselves. State laws across the West classify beavers as a nuisance, a creature that causes problems like flooded basements, dammed culverts and gnawed up trees. Trapping them isn’t regulated like other game species. If a beaver is up to no good on your property you can kill it, no questions asked.

“There are a lot of ways to live with beaver, but you have to be willing to think about those or to think about other alternatives rather than killing the animals,” Wohl says, noting the proliferation of pond levelers that allow property owners to lessen flooding without killing the beavers that cause it.

And it’s not just our ideas about the animals themselves that are problematic, says author Ben Goldfarb. Before writing his book Eager: The Surprising, Secret Life of Beavers and Why They Matter, he didn’t realize the profound effects beavers have on waterways. Goldfarb spends much of his time in western waterways casting his fly fishing rod.

“My conception of what a stream should look like was basically wrong,” Goldfarb says.

When beavers were in abundance, before settlers showed up and trapped them for the booming fur trade of the early 1800s, western streams would’ve been a mess, in a good way. Beaver dams, ponds and wetlands would have occupied the channels we know as the clutter-free rivers and creeks of today.

“These sorts of beaver-influenced watersheds are actually in many cases more natural than the classic, shallow, clear riffle stream that people like me like to fish,” Goldfarb says.

Meaning, to truly live harmoniously with beavers our very idea of what a river should look like will need to change.

The effects of climate change are already being felt at the headwaters of the West’s most important river system, according to a study released earlier this year.

The Rocky Mountain Climate Organization compiled the latest science on climate change in the Colorado River headwaters in a report titled Climate Change in the Headwater: Water and Snow Impacts (PDF), presented to the Northwest Colorado Council of Governments in February.

A warm spring has already melted much of the limited snowpack that sits high in the Sangre de Cristo mountains in southern Colorado. Water is already flowing through the ditches near the rural village of San Pablo.

It’s 9 a.m. on a windy Saturday morning. Every now and then Dan Quintana -- in weathered work gloves and a ball cap -- raises up his shovel and slams it into the mud and matted willows that line the waterway that runs through his hay fields. His slight frame makes it easy for him to jump across the narrow ditch.