Capitol Coverage reporter Bente Birkeland spoke with Ed Sealover, government reporter at the Denver Business Journal, and Peter Marcus, Denver correspondent at the Durango Herald, about this year’s legislative races and the potential for a shake-up in the statehouse.

Here are three things you need to know about the politics surrounding the balance of power in the state legislature: 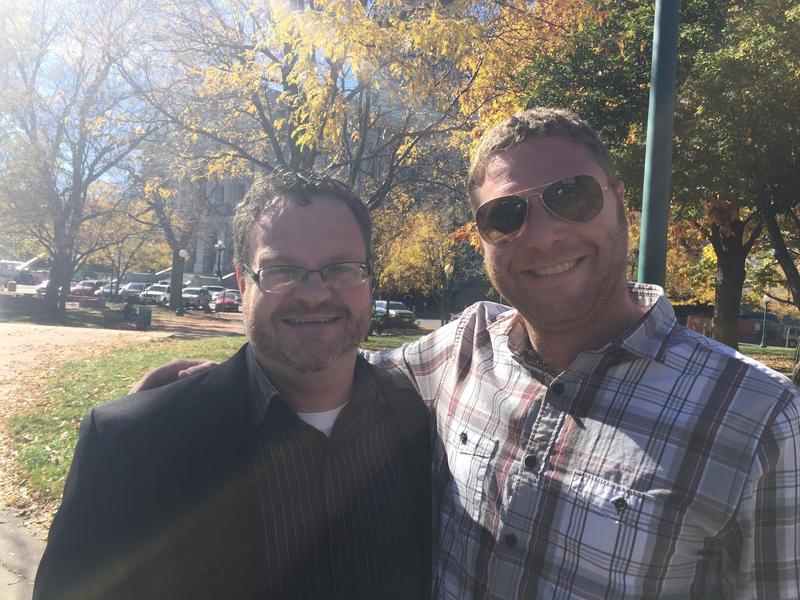 1. The balance of power depends on a handful of races.

Sealover: “The Democrats are expected to hold onto the House, where they have a three-point lead right now. But the real question is the state Senate, where the Republicans have held an 18 -17 seat lead for the past two years. There are three seats that are really at play here., The trick is the Democrats have to win all three of them to take back the Senate.”

2. If Democrats control both chambers, expect some controversial issues to gain traction.

Sealover: “Increased regulations on oil and gas drilling, increased taxes on companies with offshore affiliates, even the idea of how to fund transportation and education and a possible reclassification of the hospital provider fee. All of those are going to have a heck of a lot better chance of passing if Democrats control the Senate as well as the House."

3. Voter turnout and enthusiasm will ultimately determine which party is in control in the statehouse.

Marcus: “Democrats currently have a sizeable advantage. What we’re probably going to see, and the most likely outcome, is that this is going to tighten. There are probably a lot of Republicans out there who are under-whelmed, to say the least, with this election. They may be staring at that ballot on the kitchen counter, and they just haven’t turned it in yet. The question is what do they do, how many maybe hold their nose and vote for Hillary Clinton, how that translates to down ticket races, and how many just sit it out completely."

Morality and Personal Stories Define The Fight for Proposition 106

Matt Larson is in his mid-thirties and already concerned about what will happen at the end of his life. A year ago, he was diagnosed with brain cancer. It was treated, but there’s a 50 percent chance it could return. If it does, he wonders at what point he would want to die. In November, Colorado voters will decide whether terminally-ill patients can legally end their lives.

Amendment 69: Will Colorado Care About ColoradoCare In Election?

Progressives have long fought for a single-payer health care system. The question as to whether Colorado should create one is on this November's ballot.

The supporters of Amendment 69, also known as ColoradoCare, say their system would be better than the current one created through Obamacare. It would be cheaper, they say, and ensure that no person is left without coverage. Opponents say the system is a massive tax hike that is not sustainable.

The one thing both sides agree on is that the current system is not working for everyone.

The main party candidates in Colorado’s U.S. Senate race square off Tuesday for their only televised debate. The interest in the battle between the incumbent, Democrat Michael Bennet, and his Republican challenger, Darryl Glenn, so far has been low-key. That’s especially the case when compared to two years ago when Mark Udall, a Democrat, was defeated by Republican Cory Gardner in one of the most-watched contests in the country.