Sen. Cory Gardner held three town hall meetings on Aug. 15. He faced criticism for his lack of public appearances and his votes to try to repeal and replace the Affordable Care Act in all of them. The events in Colorado Springs, Greeley and Lakewood are the first solo in-person town halls held by the Republican this year.

KUNC is keeping track of town halls from Colorado's delegation this year. Before the 15th, Gardner had held six telephone town halls and was part of one joint town hall with Sen. Michael Bennet, a Democrat, Rep. Scott Tipton, a Republican, and Gov. John Hickenlooper, a Democrat.

During the town hall in Greeley, Gardner faced a barrage of questions from a rowdy and passionate audience. Many of the 400-plus voters who packed into the auditorium were there to express anger over the senator’s positions on issues like climate change, education and health care.

Gardner opened with comments the white supremacist rally that ended with a death in Charlottesville, Va. on Saturday. He has been in the news for openly criticizing President Trump’s initial statement on the rally.

“Those assholes can go back to their cave -- we don’t want them in this country,” Gardner said to a cheering crowd.

Health care dominated the conversation. Before the event, he told KUNC he wants to find a health care solution that will lower costs, stabilize the insurance markets and make Medicaid sustainable. 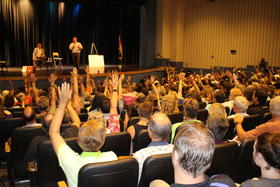 “I think that’s a bipartisan opportunity to do that,” Gardner said. “I think we have to be willing to repeal [and] replace the Affordable Care Act to get those goals. And I think both sides of the aisle can agree to it.”

During the town hall, Gardner emphasized that he did not support single-payer health care -- or “socialized medicine,” as he called it. He said that Colorado has already voiced its opinion.

“And I’ll just say this, last year in 2016 there was a ballot measure asking whether the people of Colorado wanted to go to a single payer health care system,” Gardner said. “It was defeated 80 percent to 20 percent.”

He said the power to create sustainable health care for all Americans lies with the states and that more debate is warranted.

“What I’ve urged is more time on the debate,” he said. “We should have had hearings, I hope we have hearings.”

He also defended his vote for Secretary of Education Betsy DeVos. He said “she would be a strong supporter of public education” and he also agrees with her support for “school choice.”

Gardner tried to emphasize his independence from the president, citing several instances where he voted against Trump’s platforms, including his votes on sanctions against Russia, trade secretary picks and the proposed border wall with Mexico. 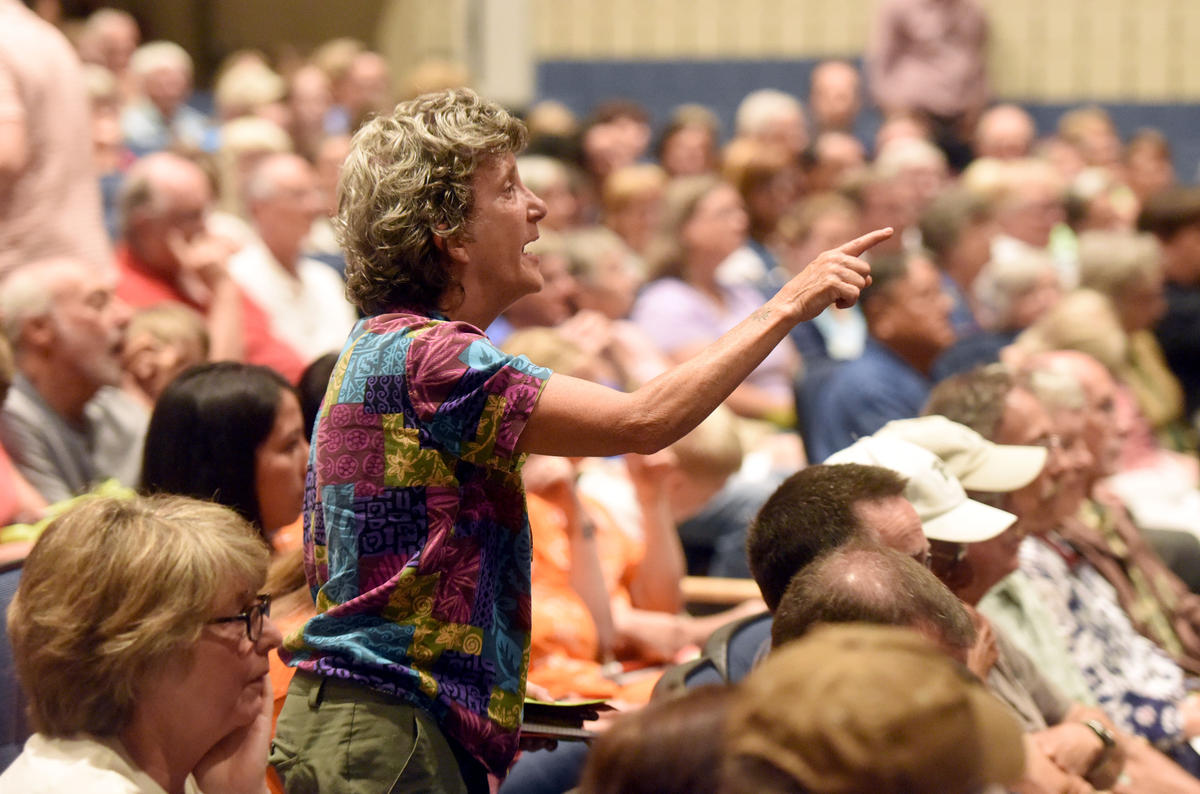 A vocal and passionate crowd

The crowd was engaged in the discussions, vocally showing agreement or disagreement with what Gardner had to say. Shouts of “answer the question” and “bullshit” from the crowd drowned out some of Gardner’s responses.

"Empower the states to design a Medicaid program" Gardner getting shouted down. People are really angry and disgusted with his answers— Jackie Fortier (@JackieFortier) August 15, 2017

Before the town hall began, many were hoping to talk about health care, including Julia Kashkashian of Longmont.

“Given that the president of his party pledged to provide health care for all citizens at a lower cost during the campaign, I’m curious to understand why Mr. Gardner would have voted to repeal Obamacare which would have eliminated health care for 15-20 million Americans, including 40-60,000 here in Colorado,” said Kashkashian. “I think there are opportunities to improve national health insurance programs, but not simply to repeal them out of anger with the previous president.” 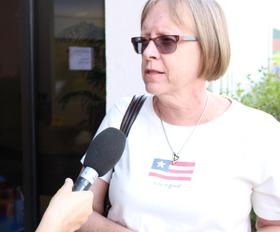 Carol Howorth from Greeley was the first person in line to get into the auditorium on the University Schools campus. She wanted to ask Gardner about several issues, including health care, Planned Parenthood and education.

“I am not in support of his support of Betsy DeVos as Secretary of Education, because in my mind she’s in favor of charter schools and not public schools,” said Howorth. “I’m a former educator, and I think right now, charter schools can effectively discriminate against people with significant needs, like my son.”

Some weren’t happy with the answers he gave.

“I wish he could have given a more cogent answer to the issue of single payer,” said Kaea Beresford from Greeley. “His attitude was we’re not going to discuss it because it won’t work here period, and not get a more in-depth answer as to why he thinks that might be the case.”

For some, they were far more disappointed in the crowd than in Gardner.

“I’m very impressed with Gardner taking on the organized hecklers,” said Daryl Oster. “I was somewhat dismayed to see .. that those people that are organizing this are hateful and very one sided and very limiting in a democratic process to go forward in a public meeting.”

Judy Marchino said she could understand why Gardner didn’t do many town halls.

“I can see why he doesn’t do very many town halls if that’s a complaint people have, because people are very rude and disrespectful and a lot more can be accomplished if they behave themselves,” she said.

Jackie Fortier and Erin O’Toole contributed reporting to this story.

Here's our round up of Gardner's day of in-person town halls.