When A Drought Lasts 18 Years, Does It Need A New Name?

From the roof of Chuck McAfee’s adobe farmhouse in rural southwestern Colorado, you can see into three other states: Arizona, New Mexico and Utah. Mountain peaks are just barely visible above the horizon.

Even though this part of Montezuma County is considered the high desert, it’s common for these grass and sagebrush hills to be snow-covered into spring. This year they’re bare, and have been since last winter.

“Right out through there for a couple miles is a great cross country ski trail,” McAfee says as he points toward a gently sloping hill. “But that hasn’t been used this winter either. No snow.”

The migratory elk herd that normally spends a week or more feasting on grass in his backyard moved through in one day this winter, McAfee says.

McAfee grew up here, the son and grandson of farmers. At 76-years-old, he now works with a rancher to run cattle on his land, swapping out dryland crops for native and imported grasses. Unlike many of his farmer and rancher neighbors, he doesn’t use irrigation water stored in nearby reservoirs.

The signs of drought are visible all around his house. Crispy, straw-colored grass, brown sagebrush and dead, twisted pinon trees surround his house. The pinons are victims of the last winter that was as dry as this one, roots unable to find any lingering moisture in the soil.

“Everybody talks about 2001 and 2002,” McAfee says. “That one was a very dry time just like this is. This is appearing to be scarier and worse.”

By most measures, portions of the American southwest in the Colorado River Basin are in their 18th year of drought. A handful of wet years dot the historical record in that stretch of time, but storms haven’t brought enough moisture to fill reservoirs and replenish groundwater. It’s the longest period of sustained dry and warm weather since consistent records have been kept.

That’s leading some to ask: If a drought lasts that long, is it still a drought or something else entirely?

Small talk about the weather takes on a more urgent tone in Western farm and ranch communities. When he runs into other farmers in the nearby communities of Cortez, Dolores and Mancos, McAfee says the conversations of the last 18 years follow a script.

Then someone might mention how there might be a change in the weather right around the corner, or invoke a prayer and positive thoughts.

“And that’s about the end of the conversation. What else is there to say?” McAfee says. 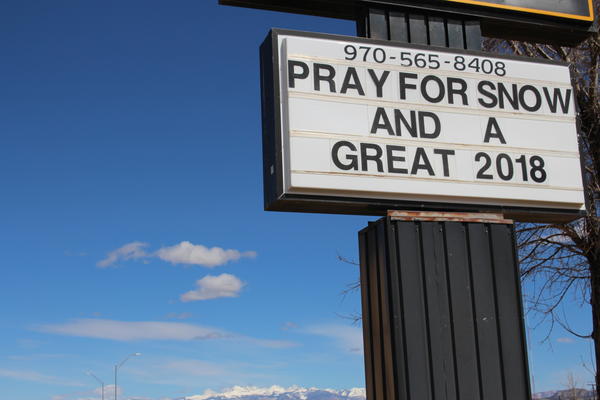 The lack of robust conversations about the dry conditions might be a symptom of our limited vocabulary to describe what’s going on, says Brad Udall, a climate and water researcher with Colorado State University.

“Language is how you think, right? It’s how your opinions form and how your thought processes work. If you have the wrong words in your thoughts, you might actually come up with the wrong solutions,” Udall says.

Udall and other academics with the Colorado River Research Group published a paper arguing that our conversations about drought in the southwest need to change — specifically the word “drought.” It’s no longer a helpful concept in talking about the fundamental climate shifts reshaping the southwest, Udall says.

“Drought is often viewed as a lack of water and is viewed as a temporary situation,” Udall says.

But the latest science points toward a drier, warmer future for the Colorado River Basin, Udall says. If we see that change as “drought,” as something that eventually goes away, we hold onto false hope and fail to adequately prepare.

Climate change is already sapping some of the Colorado River’s flow, Udall says. A 2017 study from Udall and his colleague Jonathan Overpeck of the University of Michigan found warmer temperatures caused a 19 percent decline in annual flows from 2000 to 2014.

“As it gets warmer this evaporative demand is going to increase,” Udall says. “By the end of the century almost 35 percent -- a third of the river’s flow -- would be gone because of these higher temperatures.”

These conditions will strain the language and concepts we’ve formed to describe and make sense of the weather and climate conditions around us, Udall says. He’s ready to cast “drought” aside in favor of a new term.

“This isn’t really drought,” he says. “This is the ongoing aridification of the Colorado River Basin and we think we should start to talk about it in these terms rather than this older term, ‘drought.’” 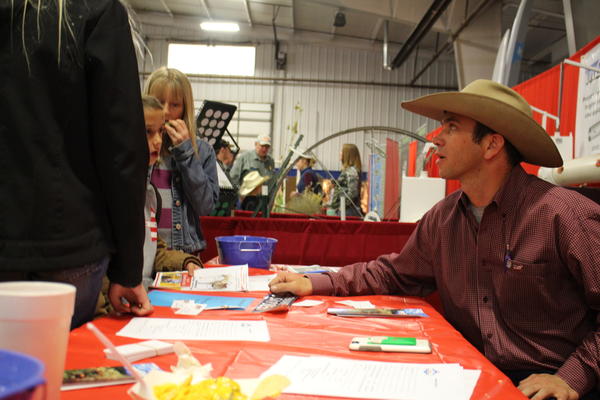 At a farm show at the Montezuma County fairgrounds outside Cortez, Colorado, the dry winter is top of mind. Travis Stovall works with ranchers in his role as a board member of the Colorado Independent Cattle Growers Association.

“You look in their faces and see the worry in their eyes,” Stovall says. “You can tell in the back of their mind it’s concerning to them.”

Stovall — and his rancher members — don’t get the luxury of debating what the dry period is called. Their attention is focused on adapting to and trying to withstand the change.

“I don’t know if our concept of drought needs to change,” he says.“Our awareness of what’s going on definitely needs to change. We need to be adaptable.”

Same goes for Mike Nolan who farms in the nearby Mancos Valley, growing vegetables for CSA (community supported agriculture) shares and farmers markets.

Nolan says he’s already anticipating that his irrigation water will run out later this year. Then he’ll switch to the property’s domestic supply, where he could rack up a $1,000 monthly utility bill.

“Drought is this thing that comes and goes. And that’s dangerous,” he says. “Because we should be having the same conversations and being as resilient as we can whether we’re totally flush with water or we’re not.”

Nolan says he’s starting to see the limits of the term “drought” in a region that can’t seem to shake it. In the last 18 years, a couple wet years have given hope that the dry period over, at least temporarily. But that hasn’t happened.

“The problem is right now when you talk about drought you go into drought and you come out of drought,” he says.

When water managers say a drought is finished, people go back to taking 20 minute showers and turning on irrigation systems with less care, Nolan says.

“If we only talk about it on dry years, it’s kind of hard to move forward.”

How bad is 2018 snowpack in the southern Rocky Mountains, you ask?

Let me count the ways.

Currently, snowpack in the Upper Colorado River Basin, which supplies the vast majority of water for what is arguably the southwest’s most important river system, sits at 69 percent of median. In 2002, the watershed’s driest year on record, there was more snow on the ground at this point in March than there is now.

Widespread Drought Across US Stoking Fears That 2012's Devastation Will Repeat

Western Illinois might be close to the Mississippi and Illinois rivers, but it’s the driest part of the state this year.

“We really haven’t really had any measurable rain since the middle of October,” says Ken Schafer, who farms winter wheat, corn and soybeans in Jerseyville, north of St. Louis. “I dug some post-holes this winter, and it's just dust.”

A Future With Less Water: Climate Change Along the Arkansas River

The Arkansas River supports economies in Colorado from Leadville to La Junta and beyond. With base industries including tourism and agriculture, southern Colorado depends on the river's yearly flows. But climate researchers expect declines in those flows over time, leaving the Arkansas River and its dependents at risk of facing a future with less water.