During the opening days of the 2017 Colorado legislative session, lawmakers and the governor outlined their priorities for the good of the people in the centennial state. But are elected officials in line with your priorities and concerns?  We asked Coloradans from across the state to weigh in.

While the parties may differ on their approaches to specific issues, Coloradans ultimately want the two sides to work together for the betterment of the state.  Colorado is one of the few states in the country with a split legislature — Republicans control the Senate, and Democrats the House. A common theme from the people we heard from is their desire to see everyone accomplish something and listen to each other.

Listen
Listening...
/
Colorado residents share their priorities and concerns for the 2017 legislative session.

“I think that being able to get everyone to be able to communicate what the priorities are in the different sectors of the state is going to be what’s most pressing,” said Mario Pons of Colorado Springs. He’s originally from South America and became a U.S. citizen more than ten years ago.“[It’s] not just Republicans and Democrats who have opinions in our state,” he said. “Being able to listen to anyone who has an opinion.”

“The legislature is just kind of a big political game at times,” he said. “I think they have a lot of power to have leadership to stand up for the people they represent.”

According to Gov. John Hickenlooper, he expects a cooperative session. “In Colorado, we’ve always been trailblazers.   And now, more than ever, we need to move forward, chart our own course, and focus on results.”

Environmental concerns front and center for many

White, a planner for the Roaring Fork Transportation Authority, said the environment is at the top of his list.

“Protecting water and keeping water on the western slope,” said White. “Definitely  responsible oil and gas drilling, using the resource but protecting the place where we live for the future.” 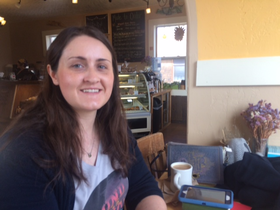 The environment is also on the mind of Laura Neubert. She’s a comic book artist in the town of Dolores in southwestern Colorado.

“Right now I’m pretty concerned about our drought conditions, and trying to make sure there’s been a lot of wildfires where we’ve lived the last few years, and it’s always concerning to make sure people are safe and that it’s not going to be — start destroying people’s property and maybe lives.”

Senate Republicans have created a new select committee on energy to educate people about energy issues and prepare for federal changes. The Senate minority appointed a specific person to focus on clean energy, the environment and climate change.

“I feel like that is what of our most important for these next two years,” said Minority leader Lucia Guzman.

“I think getting mass transit from the bigger urban areas on the Front Range to the mountains is critical,” said Cornelia Carpenter of Aspen. “I think we have to get people out of their cars and out of the habit, getting them to share transportation because the big picture is we all have to share the mountains and the environment for the state we want to keep clean.”

Hickenlooper is pushing transportation and infrastructure as a top priority for the 2017 session.

“We’re already squeezing every efficiency out of our transportation system, but efficiencies can only get us so far,” he said. “With the gas tax unchanged since 1992, more fuel efficient cars and normal inflation: it’s basic math. It’s a funding problem. We’ve had this debate for too long.”

“If there is going to be a long-term solution to transportation infrastructure, it’s going to almost certainly require something that the voters are going to have to weigh in on,” he said. “What that is, we’re still talking about.”

Healthcare and the Affordable Care Act

Stay-at-home mother Andrea Stiles lives in Cotopaxi, about 40 minutes west of Canon City. She’s nervous about what’s going to happen with healthcare under President Donald Trump’s administration. She had a plan on the individual health insurance market, even though she had a lot of problems with it. 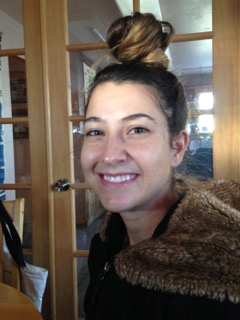 “There was a moment two years ago [when] Colorado tried to do a co-op but they weren’t able to make it successful. When it went out of business there were a lot of claims that were not dealt with so it was quite a fiasco,” said Stiles.

GOP leaders have introduced a bill to repeal the state’s health care exchange. Nationally, President Trump has signed an executive order to “ease the burdens of Obamacare.”

Hickenlooper urges caution from state lawmakers but is not opposed to new solutions.

“If changes are inevitable, I will fight for a replacement plan that protects the people who are covered now and doesn’t take us backwards,” he said.

Sen. Grantham warns that health care costs pose a problem for the budget.

“The ever-increasing amount we’re having to pay on Medicaid, and for the expansions,” he said when asked about budget challenges in 2017. “It’s cutting into some of our other -- what we feel are necessary functions of government.”

Retired railway safety engineer Mark Dembosky from Westcliffe is most worried about the next generation, and how expensive Colorado is becoming. 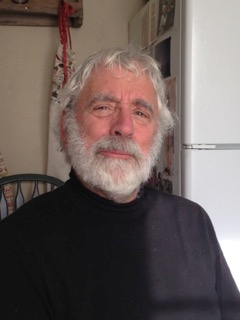 “The lack of affordable housing for millennial type people,” he said. “I think that’s a tragedy actually.”

Speaker of the House Crisanta Duran is focusing on making housing more affordable.

“As we have a changing economy, we have to make sure everyone has tools to succeed and be able to provide for themselves and their families,” she said.

During the opening day session, she spoke about introducing a bill that “will address high insurance rates, one of the root causes making it harder to build more new condos.”

Dembosky wants lawmakers to come up with creative fixes.

“I think they could look at ways of having loans that could be paid back as part of the tax plan,” he said.

The House minority said a lot of problems could be addressed by empowering the people.

“Right now I think we’re in a state where the government is really gotten too large and has gotten into every aspect of people’s lives. We really want to pull that back so people are making more decisions for themselves,” said Patrick Neville.

Lawmakers have introduced the first set of bills of the legislative session-over 200 so far. As part of our capitol conversation series, Kristen Wyatt with the Associated Press and Joey Bunch with ColoradoPolitics.com talk about what proposals stood out to them.

Gov. Hickenlooper Focuses On Infrastructure, Health Care In 2017 State Of The State

Gov. John Hickenlooper delivered one of his last State of the State addresses to the Colorado legislature on Jan. 12. He didn't delve into specifics, but instead talked broadly about policy, including infrastructure investment and potential health care reform.

Listen
Listening...
/
4:07
Capitol reporter Bente Birkeland on the opening day of the 2017 legislature

Opening day at Colorado's Capitol may be largely procedural, but legislative leaders take the opportunity to set the tone for the year. Thirty-two of the state's 100 lawmakers are newly elected, but the makeup of the chambers is largely the same as it was last year. Republicans still control the Senate and Democrats have a majority in the House.