With More Tech On The Farm, Rural Colorado Left Waiting, Wanting For Broadband

People living in many parts of rural Colorado still don’t have access to high speed Internet. It’s a problem for schools and businesses, and in eastern Colorado it is making it harder for farmers to take full advantage of the latest technology even as state lawmakers passed legislation to try and even the playing field.

If you look at a broadband map from the Governor’s Office of Information Technology you’ll see high Internet speeds are prominent in the larger metro areas of the Front Range, but it’s a different story for places like Yuma County.

“We are agriculture on steroids out here,” said Darlene Carpio, the county’s director of economic development. She said the Internet access they have now is too slow and unreliable. That directly impacts their way of life, which is agriculture, an industry that brings in about $5 billion annually to the state.

“It’s big business that needs the very latest technology to be able to perform and compete on an efficient scale, but it takes broadband to do it,” she said.

That’s why Carpio is serving on a regional task force studying what it would cost to bring broadband to the entire region. She’s encouraged after lawmakers updated the state’s telecom laws in 2014, creating a fund to put money into rural broadband.

“It was a huge step forward,” Carpio said. “The tractors of today are nothing like the tractors of even five and ten years ago. They are equipped with GPS and incredible data technology. “ 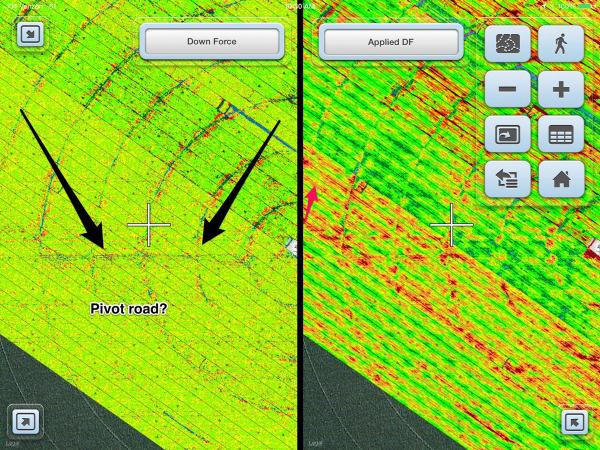 What you’ll find in today’s fields goes beyond traditional farm implements like a brand new $350,000 combine. Brian Cunningham, part of the 21st Century John Deere dealership in Yuma, works with farmers on what’s known as precision agriculture. The goal is to use the latest technology to collect and analyze real time information on yield and soil moisture, to maximize production and minimize resources such as water.

“We can wirelessly transmit the data to the cloud and then to the customer’s computer. So the broadband speed and connectivity is pretty important,” Cunningham said.

“Rural America, we’re all kind of in the same boat, we’re kind of used to being behind as far as some of the conveniences you see in the city, I’m not sure we should be comfortable staying there,” Cunningham said.

Representative Don Coram (R-Montrose) was a sponsor of the telecom reform package that passed during the legislative session. One of the flagship bills would redirect some of the money currently used to pay for high cost land lines into building broadband connections in underserved areas. But Coram said it will take a while before people see impacts on the ground.

“This is basically the first layer. It’s probably a year before any of those funds are put back into the community,” he said. 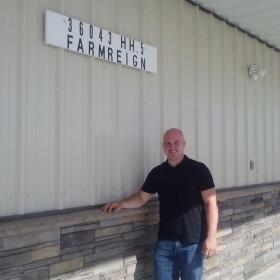 For 29-year-old Luke Cure of Wray near the Kansas border, the changes can’t come soon enough. He started his own business called FarmReign to consult with farmers on using technology to make better decisions. He said it’s an exciting time to be in the burgeoning industry, but Internet service is a hurdle.

“On one farm we collected 375 million data points on planting, on one farm in one season. And we’re only collecting one small subset of all the information we could be collecting,” he said.

Cure believes the lack of broadband also makes it more difficult for his customers to use technology.

“A farmer may have to go wait at the top of the hill for that data set to load. If I’m sending a prescription 100 miles away he may have to sit and wait before he can execute. It really slowed my business down,” Cure said.

“I am convinced that broadband is the next utility, as electricity was back in the 20s and 30s, as water is. It really is something we depend on now for our way of life,” she said.

The goal is to bring broadband to every home and business in the region within the next five years. The task force will next be looking at how feasible at is and what the cost would be.

Meanwhile the state of Colorado plans to update it’s mapping system to get feedback from customers on how fast Internet speeds actually are across the state. Currently Internet providers give the state that information. The Governor’s Office of Information Technology will also examine the affordability of high speed Internet.

The backyard farming movement continues to grow in Colorado Springs, but exactly what kind of farming makes sense in our challenging climate is a complicated business. The harsh, high altitude sun, thin topsoil, short growing season, and especially, the limited water supply present obstacles for even the most dedicated urban homesteaders.

Most climate models paint a bleak picture for the Great Plains a century from now: It will likely be warmer and the air will be richer with carbon dioxide. Though scientists don’t yet know how exactly the climate will change, new studies show it could be a boon to some invasive plant species.

The blue corduroy jacket worn by high school students in FFA, formerly the Future Farmers of America, is an icon of rural life. To the average city dweller the jacket is a vestige of dwindling, isolated farm culture, as fewer and fewer young people grow up on farms. The numbers tell a different story however. In spite of that demographic shift, a record number of kids are donning blue jackets this year.