The Supplemental Nutrition Assistance Program (SNAP) is the biggest federal program aimed at breaking the cycle of poverty that millions of Americans find themselves in — sometimes for a few months, sometimes for several years.

Food-assistance benefits help families struggling financially to keep food on the table. SNAP allows Cheryl to break down a family pack of meat so it’ll last. But SNAP sometimes causes Jennifer to break down in the grocery store because she can’t afford to buy healthy food.

The routes that lead to SNAP are different for every person, but they’re all beholden to strict income requirements and, at times, a maze of bureaucracy for an allotment that doesn’t always last the whole month.

First, some facts about the program, which used to be called food stamps. It accounts for 80 percent of the funding for the farm bill, which Congress is in the process approving.

To receive SNAP, the government looks at how much you make and what types of assets you have. For example, a household of four wouldn’t be able to bring in more than $32,000 a year. Plus, there are work requirements for “able-bodied” adults between the ages of 18 to 49 that must be fulfilled, otherwise they’ll be kicked off.

Cheryl lives in Kansas City, Missouri, and has been off and on SNAP over the past few decades — even using it to help feed her four daughters when they were little. The 58-year-old, who agreed to be identified by her first name only due to the sensitive nature of the topic, now is homeless and receives the maximum amount for a single person: $192 a month.

Cheryl couldn’t find a job and didn’t qualify for SNAP because she had been convicted of a felony drug possession and the state of Missouri had a lifetime ban on drug felons receiving SNAP until 2014. Several states also have changed their laws in recent years, according to PBS NewsHour. 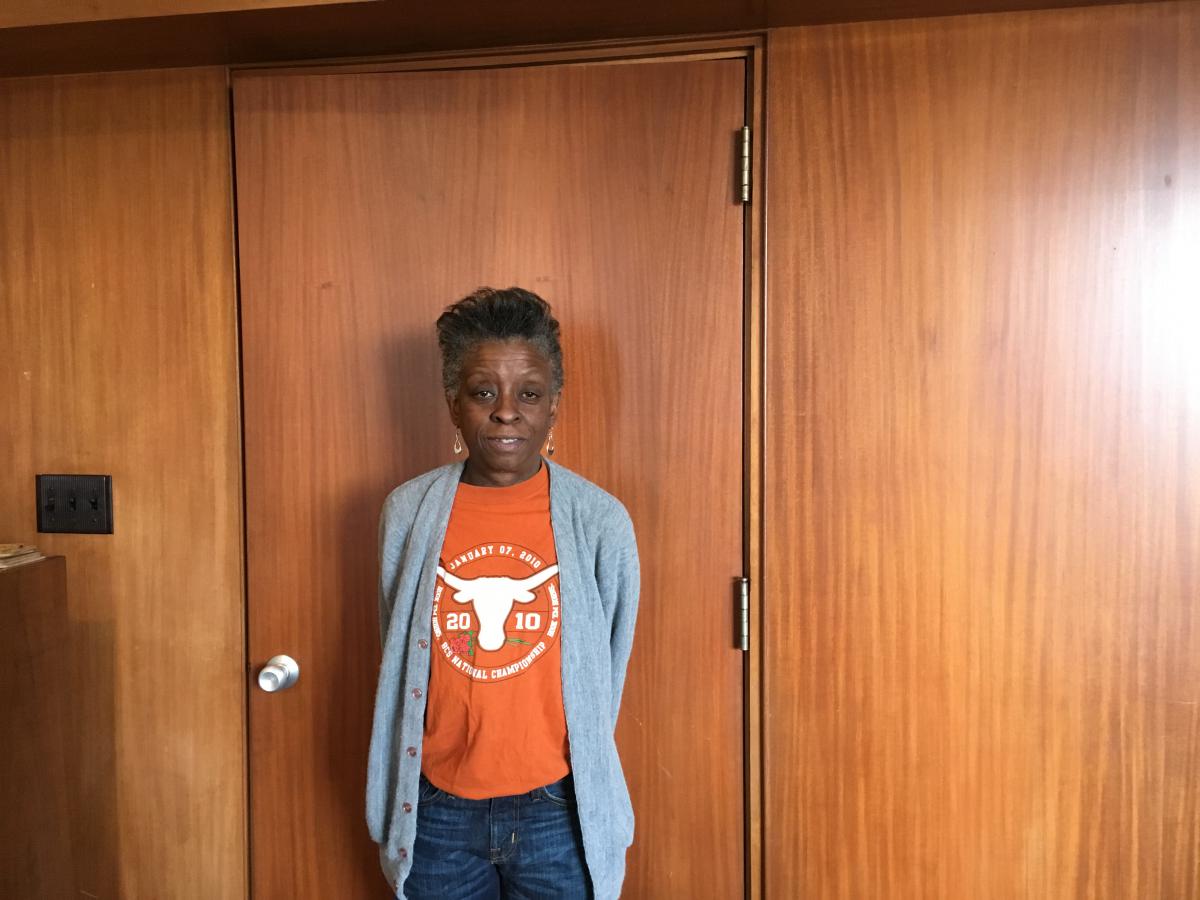 It wasn’t until her brother heard of the law change in church that Cheryl became aware she might qualify for food stamps. “I went for it,” she said.

Several types of organizations, especially food banks, food pantries and emergency assistance offices, help identify people who could be on SNAP and help them through the application process.

“If somebody is coming to the food pantry, a lot of times they’re the ones who have the program worker, the intake person asking whether they are on SNAP or any other benefits that are currently available that might assist them,” according to Joanna Sebelien, the chief resource officer at Harvesters, a food bank that serves 26 counties between Missouri and Kansas.

“So if somebody is coming, it takes a great deal of courage to admit that you might not be able to feed your family,” Sebelien added. Her organization has a SNAP outreach hotline, and it has helped more than 11,000 people apply for SNAP benefits in the last five years.

Jennifer, who also agreed to be identified by her first name, was a stay-at-home mom and pregnant with her second child when her husband had a severe heart attack about 20 years ago.

“That was our entry into the food stamp program,” the 48-year-old said. They’ve been on and off SNAP, and currently, they both work, though she said that sometimes his health still isn’t good.

“The times where we were off the food stamps, food was really a struggle. You begin to take that for granted because we can manage everything else fine, but there's no money for food,” Jennifer said. 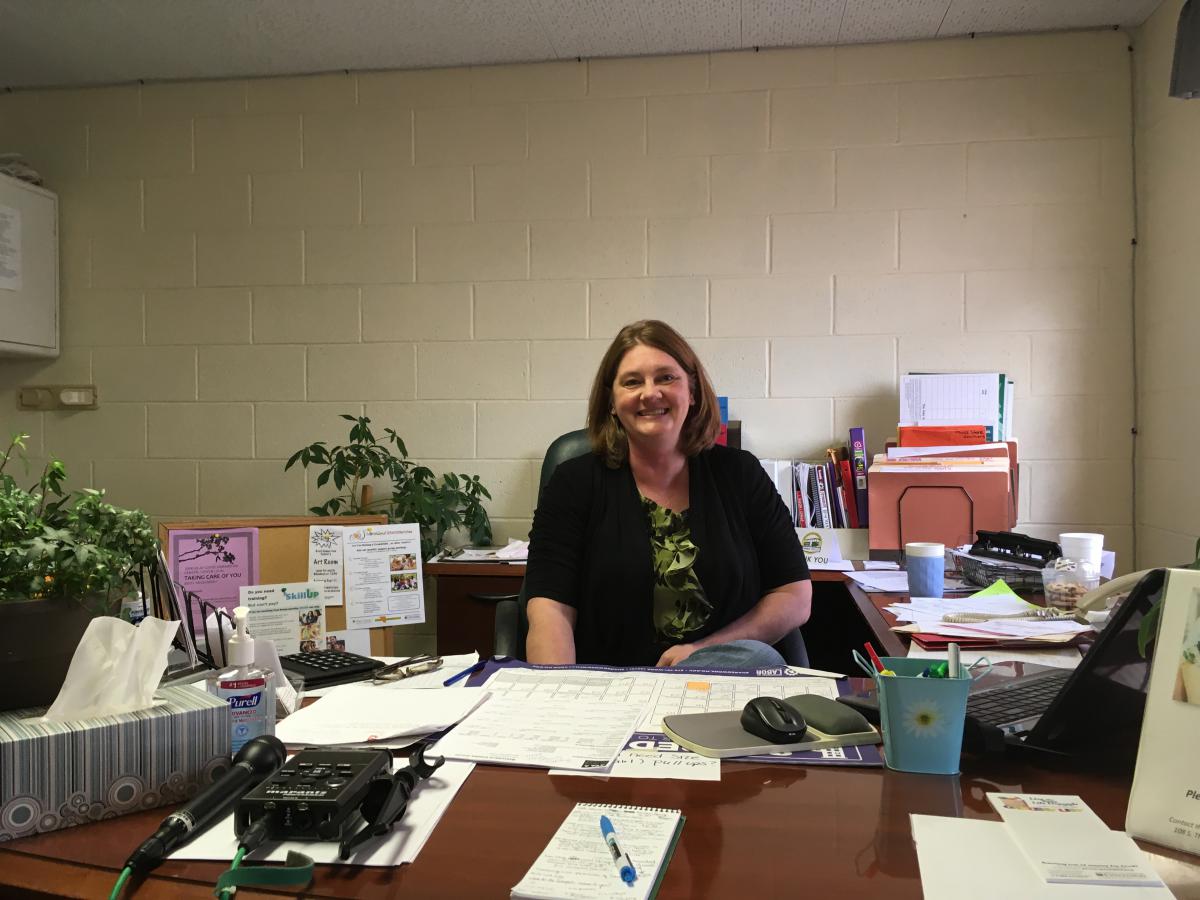 But Jennifer, who lives near Excelsior Springs, Missouri, a town of 11,000 about 35 miles northeast of Kansas City, doesn’t just have personal knowledge of SNAP program. She’s also a caseworker at an emergency assistance center, helping people in largely rural parts of two counties navigate a system she’s familiar with.

Getting on SNAP starts with an application, which can be filled out on paper or online. The length of paper applications vary from state to state: Kansas’ is 17 pages, while Iowa’s and Missouri’s are only six.

The applications ask for things that would send any person digging through their files: social security numbers, bank account balances, value of stocks, bonds and retirement accounts, value of vehicles, monthly expenses, whether you’ve been convicted for trading food benefits, etc.

Jennifer said her first caseworker was “very supportive” in walking her through the process, and inspired her to do the same for her clients. Later, she’d have to go to the state office, where she said it was “a process, but you could get through it OK.”

Now that Missouri has mostly automated their application and allotment process, she said things are difficult.

“You're jumping hoops all the time and then you'll turn in your stuff, and they’ll be like, “Oh, we didn't get it,” said Jennifer, who believes she’s lucky to have a connection to the state agency that’ll accept her clients’ paperwork through email.

There’s also an interview process once the application has been turned in, and that’s where Cheryl said she got held up — for a year, calling every number she could find and never receiving a phone call from the state she was told to expect.

“I got discouraged, you know, because it shouldn't have took a whole year to connect with the people. Because I waited on the interview phone call. It never came,” she said. Eventually, she went to a state office in Kansas City, took a number and waited until she could be seen.

Legal Aid of Western Missouri often helps people when they are at risk of losing their benefits or need to set up a hearing with the state. Jim Brightman, an attorney in the organization’s public benefit unit, said that clients have told him a major issue is getting through to the state’s call center.

“Anecdotally, people have told us that they’ve spent hours trying to … get someone to answer,” he said; it’s something Jennifer mentioned, too.

But Brightman said the key issue is the layers of bureaucracy, because, “people are just, just naturally intimidated by this process. It's just, just it's alien to them. It's not something they're familiar with. So it's somewhat frightening.”

Another access issue in rural areas comes down to the lack of public transportation, making it difficult to get to a state office or to a job to fulfill the SNAP work requirements. That’s an issue considering Missouri has one of the highest rates of rural and small-town SNAP recipients in the Midwest, according to data from the Food Research and Action Center.

Plus, Sebelien said, it’s not always easy to find a place to spend your SNAP benefits in rural areas.

“The ability to use SNAP benefits (in rural areas) is tougher than in a metro area just because of the food deserts and the distance between grocers,” she said, noting that the last farm bill approved some convenience stores as places to spend benefits “if they had certain kinds of groceries that were there.”

Though the SNAP rolls have declined for four straight years, the federal government still spent almost $5 billion on the program in January alone. And according to the Kaiser Family Foundation, in fiscal year 2016, the average SNAP recipient received $125 a month.

But it often doesn’t last as long as you’d think.

“Sometimes maybe an electric bill doesn't get paid. You just kind of scramble,” said Jennifer, whose three-person household receives about $250 a month. “I will tell you that our diet really suffers. I've had many a breakdown in the middle of the grocery store because I can't afford healthy food. You just do what you have to do each day.”

Her mother-in-law also lives with her, and gets $15 a month from SNAP. Jennifer said her family supplements the SNAP money with food from their garden. Plus, she said, they hunt and fish.

She also helps take care of her 75-year-old mother, and people come to visit.

“When you have a family house, people come over, your family, and if they're hungry they're going to go in (the) icebox and get something,” Cheryl said. “And so there goes some of your food there, you know, the grandkids.” 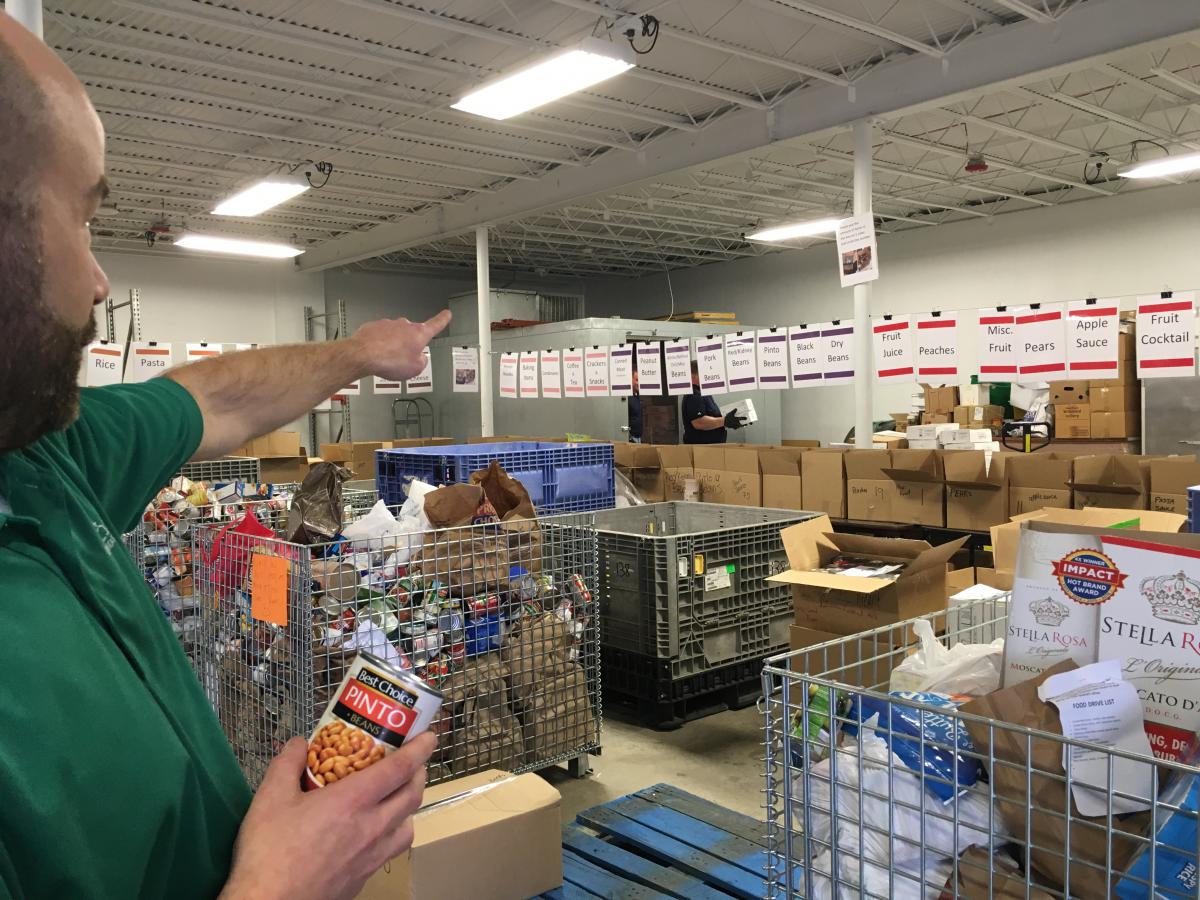 “When I first started four years ago, I would tell people that SNAP would last people three weeks and the amount of food we were giving would last somebody a week. I’m almost thinking it’s gone to two weeks and two weeks,” he said.

Hardison said he’s worried that there are people who aren’t on SNAP falling through the cracks.

“You can be sitting next to somebody at work and they might be starving because they didn’t eat, because they had to feed their kids. Or, you know, maybe they can’t go shopping for another two days because payday’s Friday and this is Wednesday,” he said, adding, “We live in Kansas. My dad’s a farmer. We’ve got food, we’ve got cattle. Why is it that somebody’s going hungry? I don’t understand it.”

For Cheryl and Jennifer, SNAP makes a major difference in their lives. Cheryl thinks back on the years she wasn’t able to apply for the benefits.

“A lot of people wouldn't make it, but I survived. I improvised,” she said. “I made it all this time. All these years without having it. But it is welcoming, you know, it helps. Don't get me wrong, it helps.”

And for Jennifer, it’s peace of mind, knowing she provided her children something she lacked when she was their age.

“My family struggled and I went to bed hungry often. Sometimes you've got ice cream for dinner or cereal or you know, you did what you had to do,” she said. “So for me it's been awesome that I never had to figure out what am I going to give my kids before I put them to bed. That's been the biggest blessing is, is just that one little bit of ‘I don't have to worry today.’ ”

If Republicans in Congress have their way, millions of people who get food aid through the Supplemental Nutritional Assistance Program (SNAP) will have to find a job or attend job training classes for about 20 hours each week, or lose their benefits.