What Colorado Voters Say About Sexual Harassment Allegations At The Capitol

Three lawmakers face formal complaints at the state Capitol alleging sexual harassment. We went to the districts these lawmakers represent to see what their constituents think about the situation. The overall message: sexual harassment shouldn’t be tolerated and there should be consequences should the allegations be proven true.

Kathy Ochsner is a 73-year-old retired secretary who lives in Centennial, south of Denver.

“I think we need to send the message that this is not OK,” she said. “This is not part of the workplace.”

Listen
Listening...
/
Voters are weighing in on sexual harassment allegations at the state capitol. Everyone we interviewed said it was not acceptable.

She lives in Sen. Jack Tate’s District 27, which includes Centennial. She said she’s pleased to see women speaking out because she experienced sexual harassment early in her career. If the allegations are true, she said it should end Tate’s career.

“There should be some consequence and it should be serious, and they shouldn’t be up for re-election,” she said.

In November we reported on formal complaints filed against Tate, a Republican from Centennial, Sen. Randy Baumgardner, a Republican from Hot Sulphur Springs, and Rep. Steve Lebsock, a Democrat from Thornton who is running for state treasurer. Each deny any wrongdoing and want their due process – a chance to face the complaints against them.

Meanwhile, there’s another court: the court of public opinion. They face the likes of Kathy Davidson, an unaffiliated voter and retired psychiatric nurse. She also lives in Tate’s district and is aware of the sexual misconduct allegations across the country. When it comes to local politicians she said there’s a continuum of behavior that she would evaluate at the ballot box. 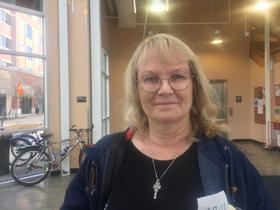 “If they are credible allegations, I would be tempted to vote against that person, not for them, because I feel like I want a person I can respect,” said Davidson. “They may have policies that I may or may not agree with, and I primarily vote that way, but I would also vote on what I feel like is appropriate behavior between men and women.”

Larry Foreman lives in Parachute on the western slope in Baumgardner’s District 8, which stretches from Carbondale to parts of Summit County and northwest Colorado.

“It’s kind of getting old,” said Foreman, of misconduct allegations in general. “Everybody should behave themselves. It’s that simple. It’s also possible it’s exaggerated or something, but everybody should be accountable.”

Aaron Hart is a small business owner from Northglenn. He’s 32 and lives in Lebsock’s District 34, which also includes Thornton and Federal Heights. He said if Lebsock doesn’t resign, he agrees with a plan to introduce a resolution in the House in January to oust him by a two-thirds vote. He said it reflects badly on the district and community.

“To find out it this sort of thing was going on so close to home was kind of a blow, and a disappointment for me ,” said Hart. “I’d really like if he just did the right thing and stepped down and let somebody else take over. There’s been kind of a sea change in how we view sexual harassment. I’m one of those people whose eyes were opened to it to a large extent."

Ellen Roberts is a Republican from Durango and a former state senator. She left the Senate last year, serving as Senate President pro Tempore, the second highest leadership position. She would like consequences for sexual harassment written into the legislature’s harassment policy so it doesn’t have to be handled on a case-by-case basis depending on the person in power. Leaders in each chamber are ultimately responsible for addressing formal complaints.

“I think leadership should put more specificity, and put teeth into it,” said Roberts.

“I think that really is under his domain,” said Roberts.

She said in her decade at the Capitol nobody mentioned any sexual harassment concerns to her. 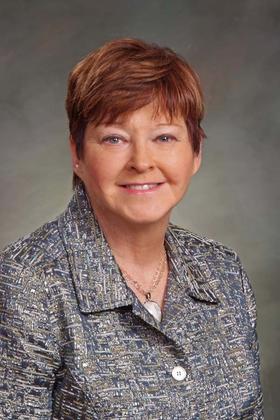 Rep. Lois Landgraf, a Republican from Fountain, said if allegations are credible against a lawmaker, and the complaint process is complete, they should at minimum not be allowed to chair a committee.

“I believe committee chairs should go to people who demand respect and people enjoy working with,” said Landgraf. “ I don’t think they should be in leadership for the same reason. A leader does not go around assaulting people.”

In some cases, Landgraf would call for a lawmaker’s resignation.

“I think if it’s egregious they should step down. I can envision someone walking down a hall at a bar, at a restaurant and somebody grabbing them, pinning them against the wall that type of thing would be egregious.”

But anyone who has been around the legislature knows that politics permeates everything. Many are hoping lawmakers can rise above that.

“I truly hope for the sake of the people of this state the parties can resist the temptation to point fingers at each other and try to score political points off this, said former Republican Rep. Rob Witwer who served on the House Ethics Committee. “And instead come together and form some concrete guidelines, because nobody should have to go to work and feel uncomfortable and unsafe.”

The three lawmakers with current complaints all chaired committees. Speaker of the House Crisanta Duran stripped Rep. Lebsock of his chairmanship when allegations about his behavior became public. She had known about one of those allegations earlier but elevated him to his chairmanship. Duran has been criticized for that decision but said she thought the issues were resolved to the victim's satisfaction.

“Nobody should feel like working in this capitol they have to engage in inappropriate behavior to be successful and we want to address these issues head on,” said Duran.

Senators Tate and Baumgardner still chair committees. Senate Majority Leader Chris Holbert, a Republican, is in charge of committee chairmanships in that chamber. He said he would prefer to wait until the formal complaint process plays out before making any decisions.

“It would be helpful to remind people that we’re not in session and the committee’s of reference are not meeting. When we’re out of session committee chairs don’t have authority to do anything,” said Holbert. “I’m not one of the people that complaints are directed to. I don’t have access to information.”

Legislative leaders are meeting on December 15 to discuss changes to the reporting process and harassment policy. Duran wants to hire an independent person to take and manage complaints. Others are calling for more transparency. The number of complaints and incidents are not public.

“It is crucial that the Legislature keep records on workplace harassment and make parts of them public, while still protecting victims and their need for confidentiality,”  said Erin Hottenstein with the group 50/50, which encourages women to run for office.

“The voters are ultimately responsible for taking action against poorly performing legislators. They cannot hold their elected officials accountable without this kind of information,” she continued. “Voters may even be unknowingly perpetuating sexual misconduct due to the secrecy currently in place.”

There’s the allegation of a lawmaker who suggested sexual acts and tried to force a colleague to go home with him. Another allegedly grabbed and slapped an aide’s buttocks as she walked in the Capitol. Another claim: A senator would regularly leer, comment on an intern’s clothes and linger, touching her shoulder.

So far, our reporting has prompted four women to file formal sexual harassment complaints against three lawmakers at the state legislature. Just two of those women – Rep. Faith Winter and former lobbyist Holly Tarry – have gone public, willing to be named in their claims against Rep. Steve Lebsock, a Democrat running for state treasurer. Lebsock has denied any wrongdoing. He has refused calls to resign by top leaders in his own party.